Home Apple Inc. Why the News of Touch ID in iPhone 8 OLED Panel is... 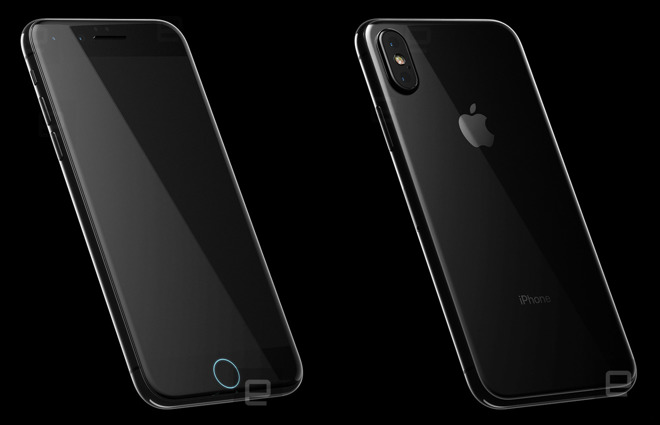 Early iPhone 8 leaks suggested that the flagship 10th anniversary devices would come with a Touch ID sensor embedded in the display panel. Subsequent rumors claimed that the iPhone 8 could be delayed by up to 2 months because of technical challenges in the implementation.

Yesterday, however, sources from one of Apple’s key manufacturing partners, Taiwan Semiconductor Manufacturing Company (TSMC), that the tech is ready to go to production, which means iPhone 8 will come with the fingerprint sensor embedded right in the OLED display panel.

If the information is accurate, which it could be because TSMC is believed to be the contracted manufacturer for the Touch ID sensors for iPhone 8, then the move to remove the physical Home button could pay off for Apple. More specifically, for Apple Pay.

Apple Pay is the company’s mobile wallet service available on all its mobile devices, and also as a web service. Touch ID is one of the authentication methods for payments via Apple Pay. If Apple can make it easier for people to link their credit cards to their Apple Pay accounts and do their transactions that way, then Apple Pay benefits tremendously.

Why is Apple Pay Crucial to Apple Inc.?

Apple Pay is one of the products that is categorized under Apple’s “Services” segment when they report quarterly and annual earnings. Since device sales have been showing severe signs of decline, Services is the segment that Apple is banking on for the future. That segment also houses Apple Music and iTunes revenues, as well as other non-device income.

That’s the reason all these services are crucial to Apple’s future. Soon after iPhone was launched in 2007, it became their lead earner, quickly overtaking every other segment in terms of revenue generated. However, Apple has been aware for some time now that this makes them extremely vulnerable to disruption. And with the devices market around the world in a state of slower growth than ever before, the devices-dependent Apple wants to make sure that it fortifies its services pillars sooner rather than later.

As a key component of Apple Pay, therefore, the Touch ID finger print sensor and other biometric technologies like 3D facial recognition, PIN and passcode are critical to the ease-of-use of the service.

That’s why it’s a big deal that Apple has managed to crack this code, assuming the information is accurate.