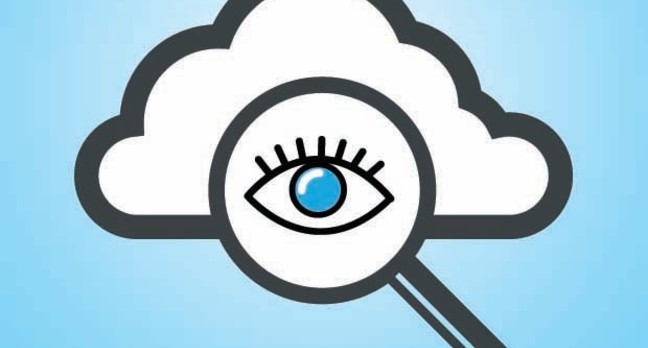 Gartner’s Magic Quadrant for Cloud Infrastructure as a Service, in which the research firm groups competing players based on their vision and ability to execute, shows Amazon and Microsoft way ahead of the pack, with Google slowly inching ahead. 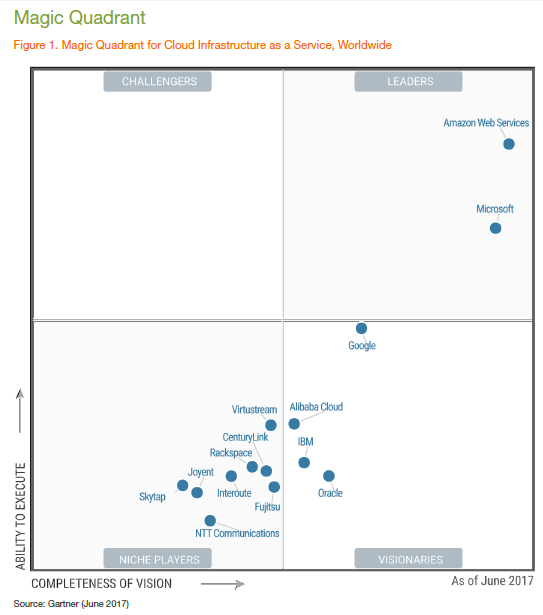 When compared to last year’s Magic Quadrant, the top two have barely moved, while third placed Google moved higher. Alibaba, IBM and Oracle were the new entrants into the visionary group.

This is where the companies were during last year’s magic quadrant for cloud IaaS: 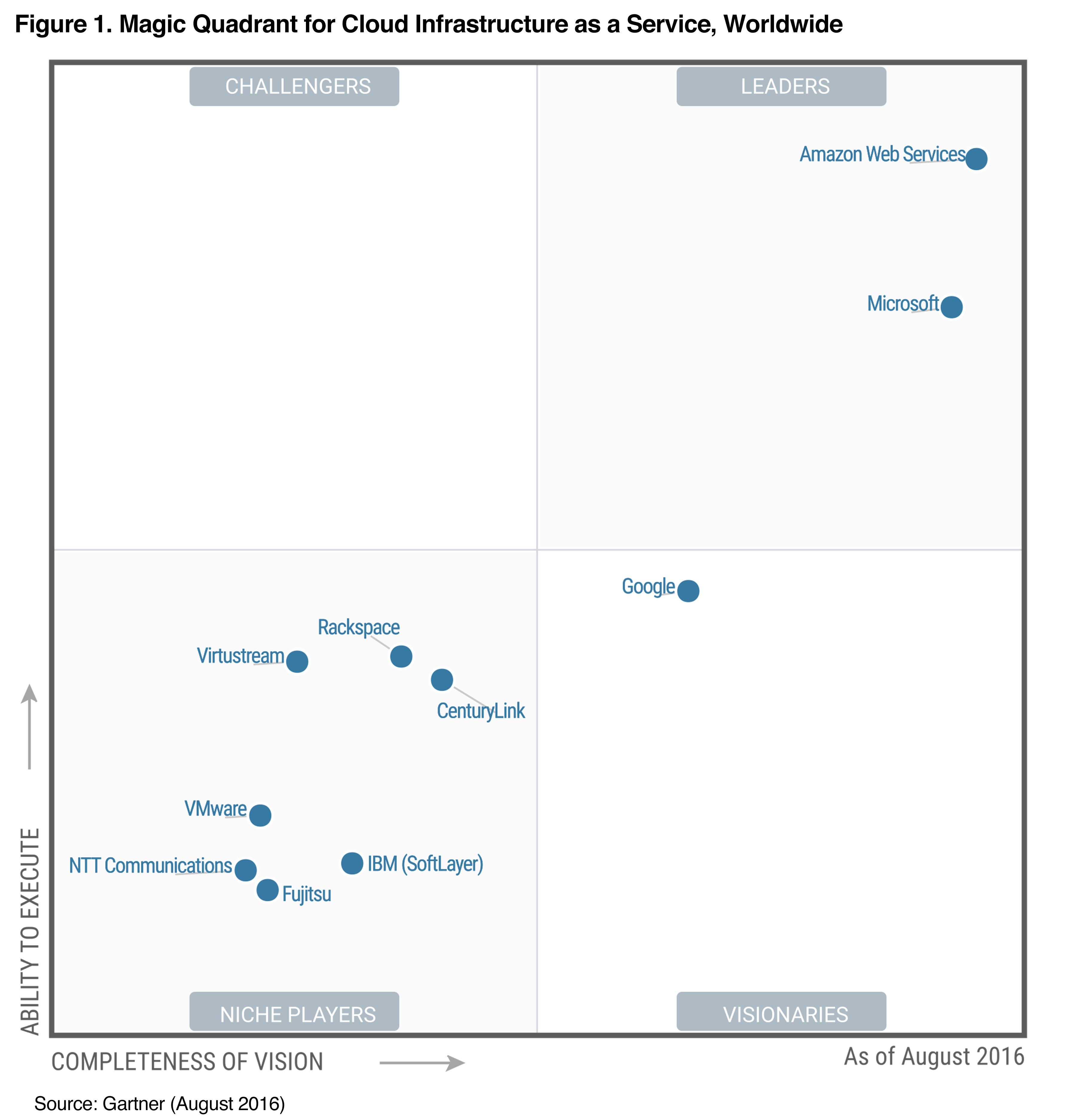 Amazon and Microsoft are the only two companies tagged as leaders for four years in a row (2014-2017). The top two are still far away from the reach of other players. The gap between Microsoft and Amazon shows how difficult it is to play catch-up in the segment.

But there’s more that can be gleaned from Gartner’s visual representation of the market.

Bigger vendors are slowly becoming stronger. Google, Alibaba, IBM and Oracle have moved up as smaller players were forced to make way for them. The IaaS industry is slowly getting consolidated in the hands of big players, and niche players are forced to remain the niche category. 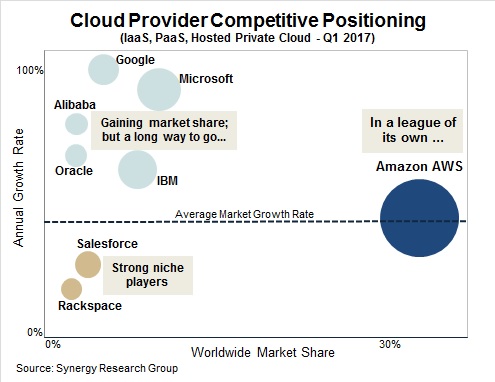 AWS still remains the king of the IaaS jungle, and no matter how many articles you read or hear about how their lead is over and some one else is going to take over, it is not going to happen that easily. It will take many years for Microsoft and Google to become credible challengers for the IaaS crown, and the odds of that happening are very low because Amazon has to make a series of mistakes for that happen, and that’s not something that Amazon is used to doing.

Their relentless push to expand their services and features, coupled with price cuts, puts a huge amount of pressure on their competitors. As long as Amazon remains the one that keeps the competition on its toes, the IaaS crown will say put on the collective AWS head.