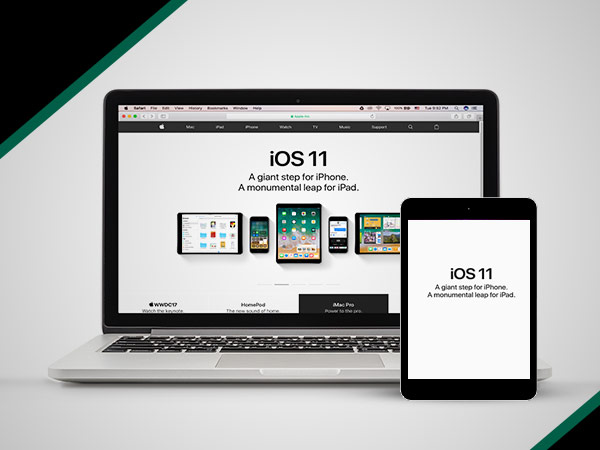 For a company that hasn’t actively focused on the enterprise community in any orchestrated way, Apple is taking a very different direction with iOS 11. The latest version of Apple’s mobile operating system is currently in beta and due to be released alongside their next flagship iPhone later this year, and it brings several productivity features primarily aimed at iPad users in the enterprise and business segments.

Steve Jobs didn’t believe in targeting market segments. He believed in delighting individuals. For that and other reasons, for a long time, Apple resisted focusing purely on business users with their products. Every Apple product today caters to the individual user experience rather than any collective demographic or specific market segment.

There have been several half-hearted efforts to woo business users, such as advertising the iPhone and its business applications on publications like The Wall Street Journal and Bloomberg BusinessWeek.

But Apple Inc. today has different needs from when Jobs was alive and in charge. Today, Apple is struggling for relevance in a world of perform-alike devices and premium competitors. iPhone sales figures are very high priority at the moment, and the services segment is getting more focus because Apple needs to wean itself away from device dependency.

Enter iOS 11, with so many features specifically targeting enterprise users that it’s hard not to envision Apple changing its device marketing strategy with the new iPad Pro and the upcoming iPhone 8, iPhone 7s and iPhone 7s Plus.

A quick look at the enterprise-focused features coming to iOS 11 will convince you of that. Things like multi-tasking (Split/Slide View), the Files app, drag and drop and the new Dock are all designed to make it more user-friendly for the average enterprise user, but they also address the mobility challenges that Microsoft hasn’t yet been able to solve.

Whether or not Apple is going to follow through with more tools for enterprises remains to be seen. With iOS 11, however, they’re making moves on individual enterprise users, giving them the kind of productivity features that have never been possible on Apple hardware. Ironically, even though it appears antithetic to Steve Jobs’ vision of not catering to enterprises, the focus is still very much on the individual user – merely one from a different market segment.

Every top tech company in the world is now heavily focused on the enterprise segment – IBM, Microsoft, Google and even Amazon. There’s no reason why Apple shouldn’t jump into the fray and strengthen its enterprise presence with these productivity initiatives on existing and new hardware that will eventually run iOS 11.

From an enterprise perspective, using an EMM strategy makes a lot of sense because it makes the entire business device-agnostic. Such a system can easily manage mobile devices, PCs and Macs. And, at the end of the day, that’s as wide as user preferences can go, anyway. Companies will no longer have to worry about what type of device an employee uses.

iOS Beta Program: How to Sign up for Early Updates of iOS 11.3 and beyond