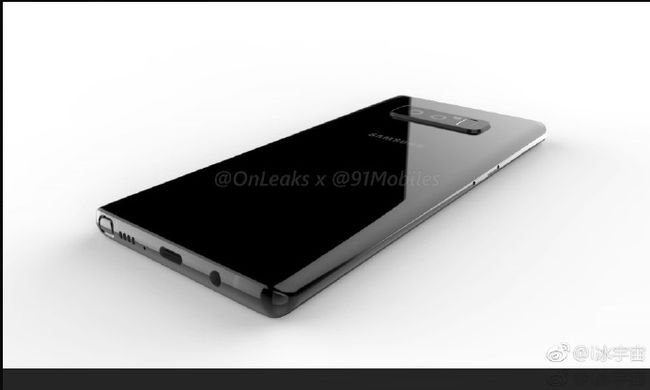 Samsung could soon be releasing its very first $1000 smartphone, the Galaxy Note 8, a follow-up to the failed Galaxy Note 7. According to a South Korean site called Osen, which cited a Samsung Electronics official, the smartphone is coming in two storage variants: a 64GB base model and a 128GB top-end model.

This is what the official said (translated):

“I know that it is about $ 1,000 to $ 1100 once it is different from the country of origin. However, I am told that the price of parts has been a factor of rising price, and that some prices have been set high, so I think we should see more about how it will eventually be.”

At this point, it’s unclear which model will be priced in four digits. If it’s the 64GB variant, the 128GB alternative could be quite a bit more.

The Galaxy Note 8 is all set to join iPhone 8 and Google Pixel 2 XL in this exclusive smartphone segment – the $1000 Smartphone Club.

And this is what it could look like, according to an earlier leak:

One of the main reasons iPhone 8 is expected to cost that much is the OLED panel, along with other new tech used in the smartphone, like the under-display fingerprint sensor, dual camera sensors, upgraded silicon and so on. The story is pretty much the same with Google Pixel 2 XL, and Galaxy Note 8 is expected to follow suit.

It’s not surprising that the price of premium smartphones is on the rise. That will continue until components are consumed in larger quantities, and their price can organically come down.

But there’s also another important reason. Aside from Apple and, to a lesser degree, Samsung, not many smartphone makers actually see any money at the bottom line.

In fact, it was reported a while ago that Apple made 91% of the smartphone industry’s profits over the fiscal year 2016. If you count losses, Apple’s profit share goes up to a mind-numbing 103.6%. That’s because the bulk of smartphone makers are operating at a loss.

The low and mid-range price segments are facing cut-throat competition, and they have no leeway to implement price increases. The premium segment, however, has some breathing room to charge more, and they’re taking advantage of that while they can.