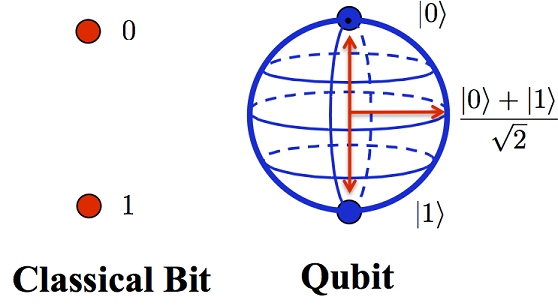 At the Web Summit 2017 technology conference in Lisbon today, Volkswagen Group announced that it would be partnering with Google to work on quantum computing, with a focus on AI, EVs and traffic optimization.

A special team of researchers will use Google universal quantum computers to solve some of the most challenging problems around urban traffic guidance systems specific to electric cars, to study ideal battery optimizations and structures, and generally develop new AI systems using Google’s deep knowledge of machine learning.

But first, what the heck is quantum computing? It sounds like alien intelligence brought to us by the Septopod interstellar visitors in Arrival.

For the purpose of this article, suffice it to say that quantum computers are extremely powerful, and can often solve problems that not even traditional supercomputers can handle.

Volkswagen wants to be one of the first in the industry to use quantum computing to develop future technologies. Martin Hofmann, CIO of the Volkswagen Group, says:

“Quantum computing technology opens up new dimensions and represents the fast-track for future-oriented topics. We at Volkswagen want to be among the first to use quantum computing for corporate processes as soon as this technology is commercially available. Thanks to our cooperation with Google, we have taken a major step towards this goal.”

But Volkswagen is not completely new to quantum computing. In March of this year, the company optimized traffic flow for 10,000 taxis in Beijing, China, which was the automaker’s first successful research project done on a quantum computer. Now, they’re taking it to the next level by leveraging Google’s expertise in the area, as well as their own.

Quantum computing is not widespread, and only a handful of companies are working in this area, including Google, Microsoft, IBM and D-Wave Systems. Volkswagen is looking to use its relatively short experience in this field of study to disrupt areas like EV batteries and autonomous driving using the power of artificial intelligence.

Google experts, along with specialists from the Volkswagen Information Technology Centers in Munich and San Francisco, will work together to develop algorithms, conduct simulations and engage in optimization exercises, and all of this will be done on Google universal quantum computers.

Volkswagen took a huge hit to its brand after the emissions scandal, dubbed “dieselgate”, and since then the company has made it very clear that EV is its future. The company plans to offer no less than 80 new EV models by 2025, and electric versions of all 300 of its models by 2030.