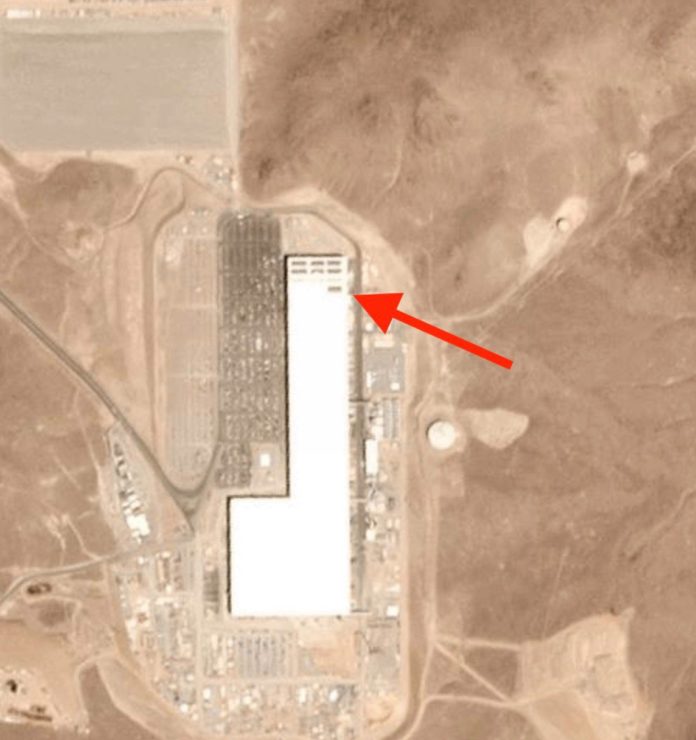 The plan to be self-sufficient in terms of power over the long term still stands. This is what the handout at the investor event said at the time:

“GF1 is an all-electric factory with no fossil fuels (natural gas or petroleum) directly consumed. We will be using 100% sustainable energy through a combination of a 70 MW solar rooftop array and solar ground installations. The solar rooftop array is ~7x larger than the largest rooftop solar system installed today.”

Here’s the satellite image showing a seventh installation, in addition to the six that have been there for several months: 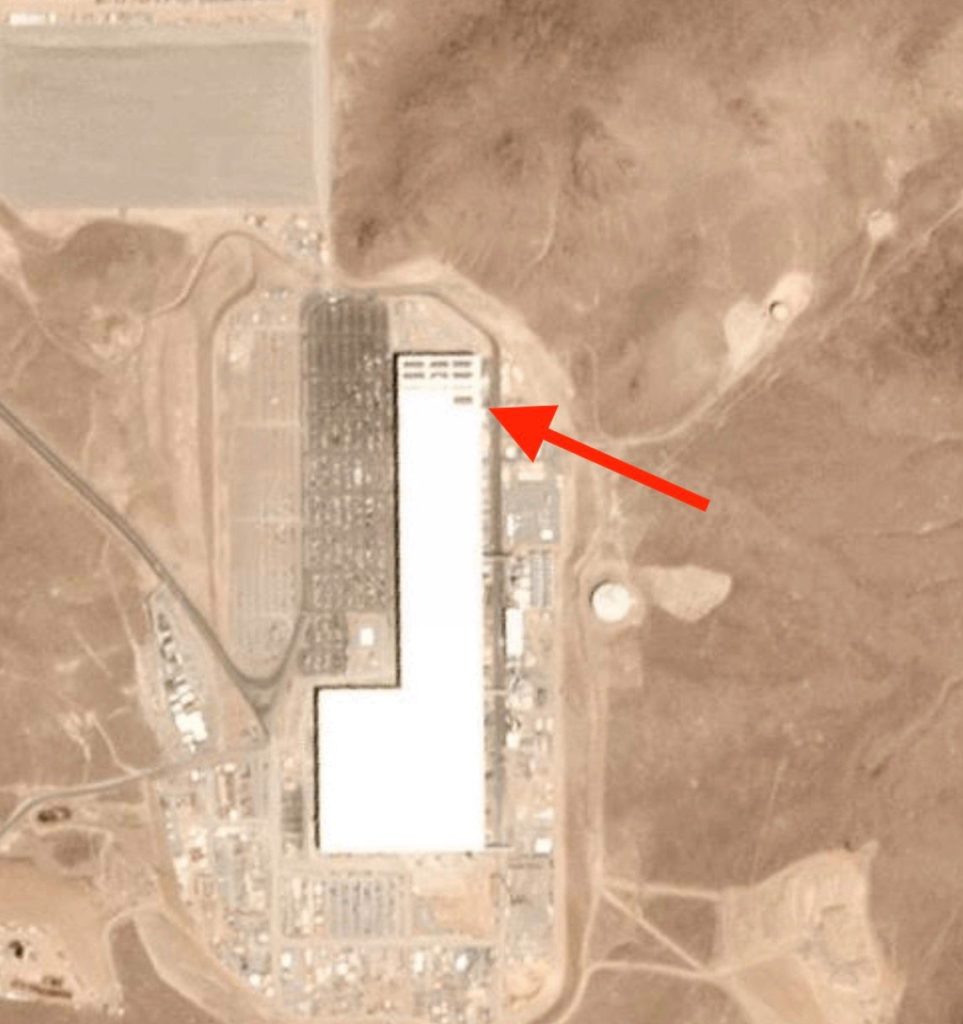 This is what it looked like just a while ago. Notice there are only six panels in the image below, taken in March 2018, and seven in the one above: 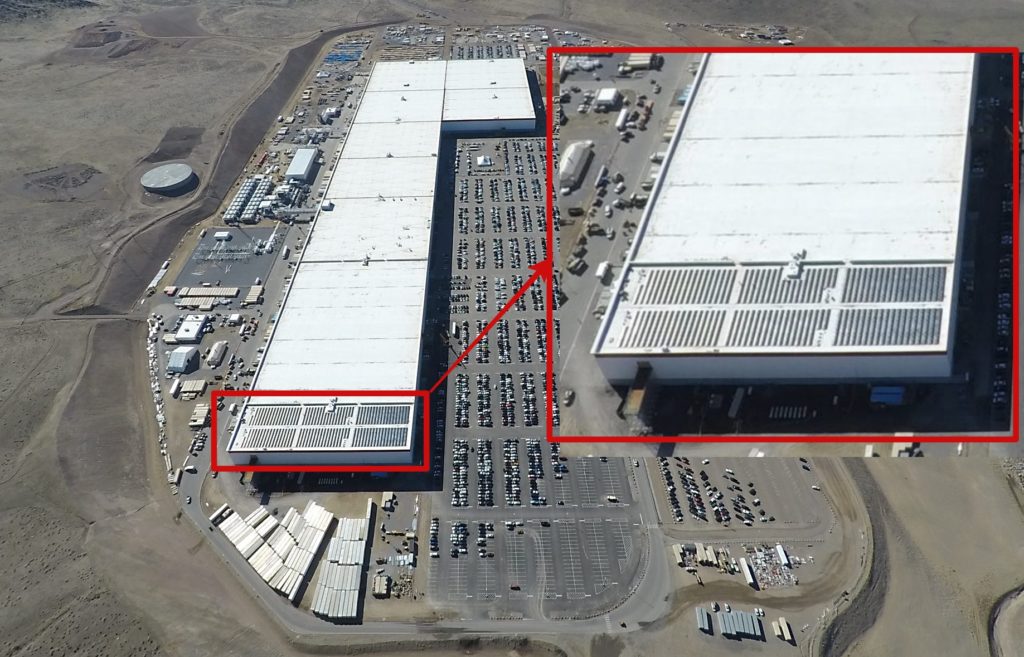 Tesla gets its power from NVEnergy, but the utility company is apparently notorious for power outages. The same employee allegedly said:

“Just a 3 second power failure, which happens there 2-3 times per week is an extremely major production killer to Panasonic who makes the battery cells inside the Gigafactory. The time it takes to get the equipment back up and running after even the slightest power bump is on average 6 hours. All battery cells produced for about 3-4 hours prior to the power bump also become worthless and must be disposed of. Millions of batteries end up unusable in the trash from just a 3 second power bump.”

None of this has been corroborated by Tesla or Panasonic, who make battery cells and packs at the Gigafactory, but a 2016 study by E Source claimed that “On average, outages of four hours cost $10,000 to $20,000 and three-day outages can cost more than $50,000.” Moreover, the manufacturing industry typically takes the biggest hit.

So there are a lot of reasons why Tesla would continue to pursue its goal of being energy-sufficient at GF1. Even though it does get annual subsidies from the state, those will taper off after several years, which means Tesla will have to start paying full price for whatever grid power it consumes. We don’t know when it is likely to happen, but the sooner Tesla can get solar power generation to match its growing usage at GF1, the better.

The Beginning of the End of Coal: Solar Energy Hits Inflection Point