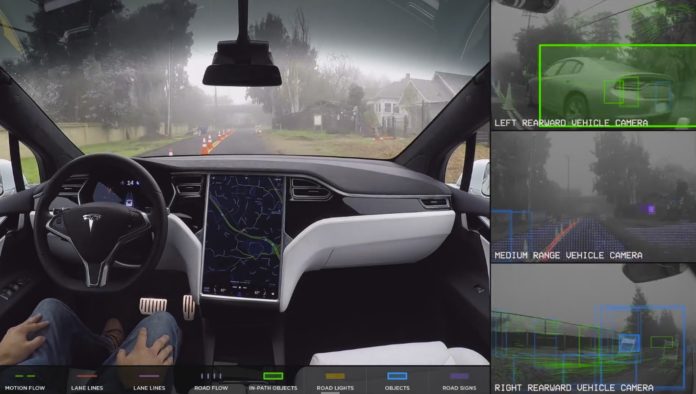 Reports have emerged this week that two key chip architects, David Glasco, System Architecture Lead, and Dan Bailey, System Circuit Design Lead, have now left Tesla to join Esperanto Technologies. Some media reports are saying that it is “a huge loss for Tesla,” but I’m not so sure that’s an accurate representation.

When an employee leaves a company, you have to look very objectively at possible reasons for their departure. In most cases, it’s a question of a higher salary, bigger position, more responsibilities and myriad other things. But there’s a thing called a chip development cycle in hardware development that could have contributed in this particular case.

To offer a glimpse of how complex a process chip development really is, see the commentary below on Intel’s much awaited discrete graphics processing unit.

“There were some rumors of a 2019 Computex reveal for a dGPU from Intel, but that was overly-optimistic guesses. With the usual graphics architecture and chip development cycle being three years, even with the wealth of engineering talent at Intel, the 2020 date is aggressive.”

That’s Intel they’re talking about, with decades of chip expertise behind it – and that’s for a discrete graphics chip. AI chips are far more complex. Tesla’s efforts of three years are only now starting to show results, but when you look at the progress they’ve made in that time, it’s astounding. In this month’s earnings call, this is what Musk said:

“Very importantly, the Tesla self-driving chip technology that we’ve been working on for three years is finally coming to fruition.”

“The chips are up and working, and we have drop-in replacements for S, X and 3, all have been driven in the field. They support the current networks running today in the car at full frame rates with a lot of idle cycles to spare. So I think we’re all really excited about what Andre and his team will be able to do with this hardware in the future.”

Musk further confirmed on Twitter a few days later that Autopilot Hardware 3.0 would be ready within six months.

Probably 4 to 6 months. Those who order full self-driving get the upgrade at no cost. It isn’t needed just for enhanced Autopilot.

That’s a pretty impressive timeline when you consider that Pete Bannon confirmed at the call that “Nobody was doing a bottoms-up design from scratch, which is what we elected to do.”

But the point is that if the chips are indeed “finally coming to fruition” and they’re “up and working”, then there’s probably no need for input at the design or architecture level anymore. Both employees were involved in chip architecture and design, which will have been completed a long time ago. Since the company has confirmed that the product is already being tested in the field, there’s probably no longer any need for a System Architecture Lead or a System Circuit Design Lead, at least as far as Hardware 3.0 is concerned.

In simple words, Glasco and Bailey had done the jobs there were hired to do and handed the project off to subsequent stages. Once the basic design and architecture have been validated, the ‘first silicon’ goes to the ‘Bringup’ stage:

“Bringup is the process of powering, testing and characterizing the design in the lab. Numerous tests are performed starting from very simple tests such as ensuring that the device will power on to much more complicated tests which try to stress the part in various ways. The result of the bringup phase is documentation of characterization data (how well the part performs to spec) and errata (unexpected behavior).”

After that comes ‘Productization’, which is basically mass-producing at an acceptable cost. More often than not there are complications during this process as well, which will ultimately decide the cost of the System-on-Chip or SoC, but Tesla seems to have achieved or is very close to achieving optimal costs, which would be in line with what Tesla has been using until now – NVIDIA DRIVE™ PX.

That’s a huge feat considering that Jim Keller, the man responsible for Tesla’s AI chip, only came on board in January 2016 – less than three years ago. Bannon joined a few weeks later, and Karpathy came aboard a year and a half later.

But look at this – these three men combined have experience working on or leading several key projects that shaped the world of semiconductors as we know it today:

Peter Bannon: Multiple patent holder, former Director at Apple, Fellow at Intel and, more importantly, a colleague of Keller while at Apple.

It’s no wonder Tesla was able to achieve what it claims to have done in such a relatively short time. With Keller gone, and now Glasco and Bailey leaving the company, it is now Bannon and Karpathy’s show. But when you look at what skill sets still remain at Tesla, the recent departures aren’t likely to have any short- to medium-term impact on Tesla’s ability to release Autopilot Hardware 3.0, which is due in early 2019.

The show must go on. And it will. The report that this is a huge loss for Tesla will tend to sway readers who aren’t aware of the full story, which is why I wrote this piece as a counter-weight.