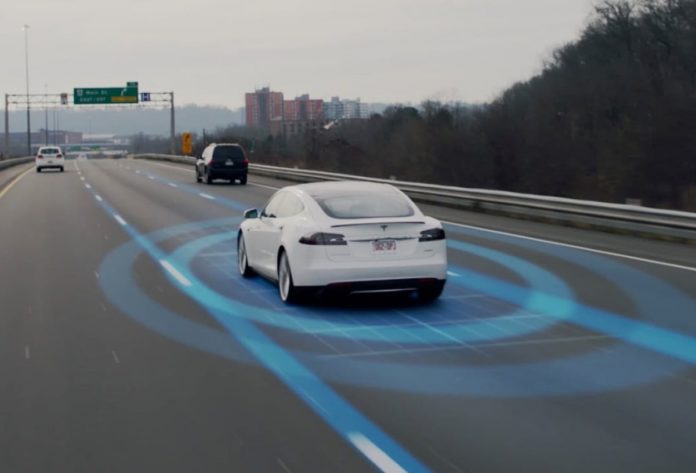 Are fire trucks Tesla magnets? I’m beginning to think so because this is now the third report of an “incident” between a Tesla and a fire truck. The incident in question is that a Tesla driver “thought the Model S was on Autopilot” and rear-ended the truck. Sounds familiar.

According to the report via the San Jose Fire Fighters’ Twitter account, the car “slammed into the back” of a San Jose Fire Department fire engine at 70 mph:

TESLA near miss! For the 2nd time in recent months SJ FF’s escaped serious injury as a @teslamotors “Zero Emissions” vehicle slammed into the back of a #SJFD FireEngine @ 70 MPH on Hwy 101 at 1am – Reportedly the vehicle was in auto mode but auto braking system was not engaged. pic.twitter.com/gDQzXrFZ5S

“Tesla has not yet received any data from the car, but we are working to establish the facts of the incident.”

The driver of the car, Michael Tran of Monterey, was arrested a few hours later for DUI. A subsequent NBC report revealed:

“Tran told officers “I think I had auto-pilot on,” but it was unclear whether the Tesla was in self-driving mode when it crashed into the firetruck. The collision sent Tran and his passenger, 26-year-old Yorleyda Londono of Monterey, to San Jose Region Medical Center with minor injuries.”

The first incident this year between a Tesla and a fire truck happened in January this year in Culver City, California. No one was injured when the car rear-ended the truck at 65 mph. The second time was in San Jose in May, which incident is referenced in the SJFF tweet.

The common factor in these cases is that Autopilot was blamed. The drivers said they thought Autopilot was on, but that reveals ignorance of how Autopilot actually works. We’ve written extensively about how driver assist systems are not the same as autonomous systems, but many Tesla drivers seem to miss that point completely. In the Culver City incident, the driver claimed that it was on Autopilot. He was either trying to blame it on technology or genuinely didn’t know the limitations of Autopilot.

Again, Autopilot is not a fully autonomous driving system. Not yet, anyway. That’s going to take a few years to arrive. Drivers must be ready at all times to take over when required. Driver assist systems such as the current features of Autopilot are intended to “assist” drivers, not replace them.

It’s easy to put the blame on the car or technology in general when it’s your fault, but understanding that a Tesla with Autopilot is not much different from any premium car with an advanced driver assistance system, or ADAS. It doesn’t mean you can fall asleep at the wheel or be under the influence and rely on the car’s safety systems to do the driving for you.

For Your Safety, Please Read These Articles…

Advanced Driver Assistance Systems (ADAS) are NOT Self-driving, Even on a Tesla