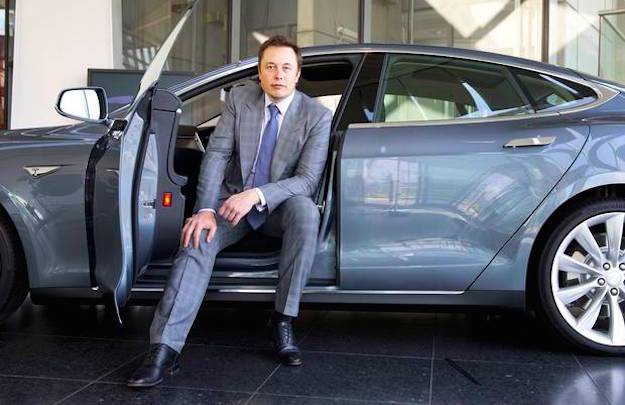 In all, it took Elon Musk less than three weeks to call it quits on his romance with a take Tesla private plan. But what made Elon Musk reverse this decision, a plan to privatize Tesla – a thought he has been secretly nurturing for a very long time?

> Ceding control, while also giving the competition a seat in the dugout.

A day after we published our article, “Take Tesla Private Deal may Have Cost way less than what the Media Portrayed,” the Wall Street Journal gave us an eagle’s eye view of how Tesla management and Elon Musk came around to decide that staying public was the best course of action to take.

“Carrying over all the retail investors into a private Tesla is a problem, having oil money support a clean energy company is a problem, sacrificing the straightforward fund-raising options offered by capital markets to escape the short seller narrative is a problem, even convincing long-term shareholders who think Tesla could be worth in the hundreds of billions to cash out at $74 billion is a problem, but finding less than $30 billion to take Tesla private was never a problem.”

“Taking Tesla private also would displace legions of small-fry stockholders—a merry band of electric-car fanatics willing to look past Tesla’s rickety finances and its struggle to master the skill of mass-producing automobiles. Taking their place would be more sophisticated investors tugging on a tighter leash.”

“For Tesla, Saudi Arabia wasn’t a perfect fit either. Protective of its image as an environmentally friendly company that built cars in the U.S., some at Tesla complained to Mr. Musk about selling a large interest to a foreign oil producer.”

The most important point to note in the WSJ article is this:

“By Wednesday evening, they had a presentation for Mr. Musk, proposing a roster of deep-pocketed investors, including Volkswagen and Silver Lake itself, that had agreed to contribute as much as $30 billion, people familiar with the matter said.”

Now we have two sources of repute – the New York Times as well as Wall Street Journal – confirming that Elon Musk needed less than $30 billion to take Tesla private, in line with our own estimates published on August 10th. Finding less than $30 billion will never be a problem, not when Elon Musk’s personal stake in SpaceX itself is estimated to be worth more than $10 billion.

But why did Elon Musk backtrack, then?

In the words of long-time Tesla investor Ross Gerber:

“Elon Musk didn’t think out all the steps when his fingers got itchy”.

Everyone wanted in on taking Tesla private. Elon realized he would go from hero of the people to big money villain. Taking oil money, having to deal with a Gigafactory in #Riyadh or something. Clearly he didn’t think out all the steps when his fingers got itchy. $tsla #tesla

Musk was optimistic about carrying legions of small retail investors into a private Tesla, a complex deal and one that has never been executed before. If possible, this would have reduced the need for funding even further, depending on the size of the investor pool ready to stay invested in a private Tesla. But there was no precedent to fall back on, and running through regulatory hoops for a deal as complex as this will not only be time-consuming but could also end up getting derailed after consuming everyone’s energy for a long time. Not a great place to be.

This was key showstopper for me personally. Couldn’t make it happen, even through expert fiduciary SPV, without creating exotic trust structure that would prob not be accepted by regulators. Current rules have good intentions, but make wealth creation harder for small investors.

That’s strike one for the deal. Because the lower the number of small retail investors, the larger the need for to big shareholders. The bigger their stake, the bigger their say will be.

According to information gleaned by WSJ, Volkswagen AG was interested in Tesla. Think about having Volkswagen getting a front row seat to watch the Tesla movie unfold globally – where they are gaining, what they are doing now and what they are planning to do in the next five years.

Now add Saudi Arabia to the mix. A clean energy transportation company powered by money that came from selling fossil fuels, to go along with a diesel-emissions-tainted global auto company.

That’s strike two. Tarnishing your brand image. A clean image that the company has steadfastly built all over the world. The image you have about Tesla would not be the same when you know Saudi Arabia and Volkswagen have a seat on Tesla’s board.

Saudi Arabia’s PIF already holds a near-5% stake in Tesla, but Tesla didn’t ask them to invest: they bought it in the open market of their own volition. But getting them inside as Tesla goes private is a completely different scenario.

Of course, Tesla could have waited for better suitors – investors who were more aligned with Tesla’s image. But as opposition from existing shareholders like Ark Invest kept coming, its not a battle Musk would have wanted to take on: Tesla shorts attacking the company’s performance on the one side and long-time shareholders opposing the take Tesla private move on the other.

For Elon Musk, it would have been a truly lonely place to be in.

In my personal opinion, I think Elon Musk was over-optimistic about the possibility of carrying large and small retail investors into a private Tesla. The thought was indeed sound. If 80% of them decided to stay, it would have brought the deal value to under $20 billion. But we had no precedent. Even if it were made possible by a highly complex, exotic structure, the sheer number of investors would have certainly made regular financial disclosures a must.

In that scenario the only gain would have been getting the Tesla shorts out of the way in exchange for the two things I talked about in the opening: Ceding control while giving the competition a seat in the dugout, and letting go of small retail investors, the people who supported Tesla from the moment it went public.

I guess it wasn’t worth the pain.

Musk could have done all this in private and had a less dramatic August. But, as usual, he set the goal first and went after it.