Not many people would associate Microsoft with hardware even though the company’s Surface line of products has been expanding for some years now. But with the advent of the Surface Headphones, the Redmond giant is exploring new avenues in a surprising hardware push that could yield significant results. 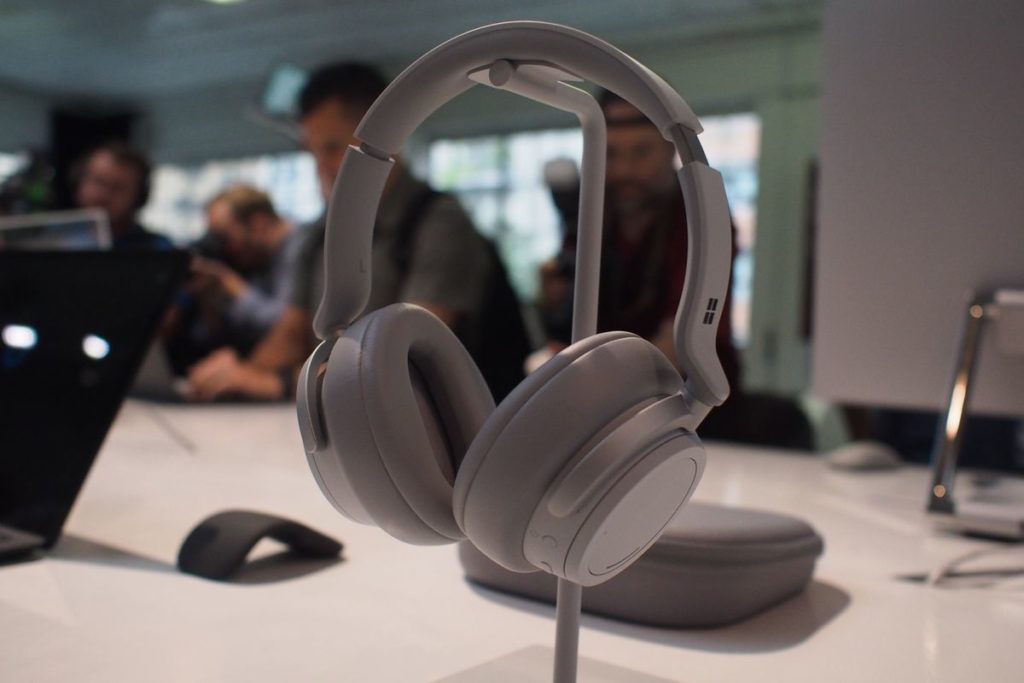 With the arrival of the sub-$100 Harman Kardon Invoke with Cortana, Microsoft made a significant investment in the professional audio hardware market alongside reserving a spot in the smart speaker segment. Amazon may have trail-blazed this relatively new market, but there are now several companies including Apple that are interested in the voice experience.

But Microsoft has an advantage in Cortana. It is deeply integrated into the Windows and Office ecosystems that are Microsoft’s mainstays, and it gave them a piggyback ride (on Harman Kardon’s back) into the smart home speaker market as well. Windows users will find that the speaker is versatile, powerful and price-justified; more importantly, they’ll be encouraged to use Cortana for more than just playing songs off the cloud. It’s very likely that once they get comfortable with Cortana on the speaker, they may try using it more frequently on their laptops and PCs as well.

The Surface Headphones are an extension of the company’s ambitions in the pro speaker space. This segment alone is expected to be worth $2.2 billion in the next five years:

“The development of the music industries in countries such as the US and Japan will augment the need for professional speakers in the global market. The rising demand from industries such as exhibition, trade shows, sports, music concerts, and film and motion production will have a positive impact on the global market. The pro speaker market is projected to generate revenues of more than $2.2 billion by 2023.”

Of course, the mobility element of professional speakers is professional headphones and earphones. It’s a market that Apple bought into with its Beats acquisition more than 4 years ago in 2014; and that position was further strengthened with the launch of AirPods nearly two years ago. With that powerful combination, Apple managed to grab 27% market share of unit sales and a whopping 49% of dollar value in a short time after the AirPods launch in 2016.

For Microsoft, the headphones market represents a huge pie that’s expected to be worth more than $20 billion by 2023, with a healthy CAGR of 7.31% during the period. Of course, that also includes the earphones market, but it’s still a massive opportunity for Microsoft.

The headphones themselves were highly regarded in recent reviews, with one reviewer even comparing it in terms of comfort to the top-end QuietComfort 35 series. That’s a compliment, for sure, because Bose has oodles of experience making headphones, whereas Microsoft does not.

Last but not least is Cortana integration. The virtual assistant can be ‘invoked’ using a light tap on the right earcup, and you can interact with any Microsoft device that the headphones are paired with. Productivity through entertainment – not a bad achievement!

Overall, the impression is that Microsoft is committed to its hardware division and sees it as a viable offset to software, licensing and services revenue. The company that was once a pure-play software developer peddling operating systems and office tools is now a comprehensive technology company that makes software and hardware products.

Surface revenues are still far behind software, obviously, but CEO Satya Nadella has been making all the right moves over the past four years, successfully moving the company into cloud computing, the Internet of Things, hardware manufacturing and other key areas. Pro audio now seems to be in his sights, and Surface Headphones are the new ammunition.