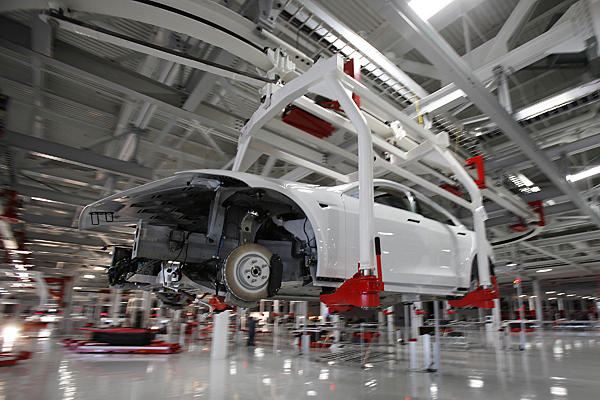 The battery is the “bottleneck”. It has always been and it will always be. Tesla’s ambitious plan to ramp up Model 3 production in 2017 was derailed due to the difficulty the company faced in building batteries.

Just to refresh our memories, this is what the company said last year after failing to meet its production targets in Q3 and Q4-2017.

“What we can say with confidence is that we are taking many actions to systematically address bottlenecks and add capacity in places like the battery module line where we have experienced constraints, and these actions should result in our production rate significantly increasing during the rest of Q1 and through Q2.” –  Elon Musk and Deepak Ahuja, Q4-17 Shareholder letter

“To date, our primary production constraint has been in the battery module assembly line at Gigafactory 1, where cells are packaged into modules. Four modules are packaged into an aluminum case to form a Model 3 battery pack. The combined complexity of module design and its automated manufacturing process has taken this line longer to ramp than expected.” -Elon Musk and Deepak Ahuja, Q3-17 Shareholder letter

If we read between the lines, it becomes clear that Tesla had difficulty in ramping up battery production in Gigfactory 1. Tesla’s production was limited to the number of batteries the company was able to build.

As the saying goes, you’re only as fast as your slowest team member. 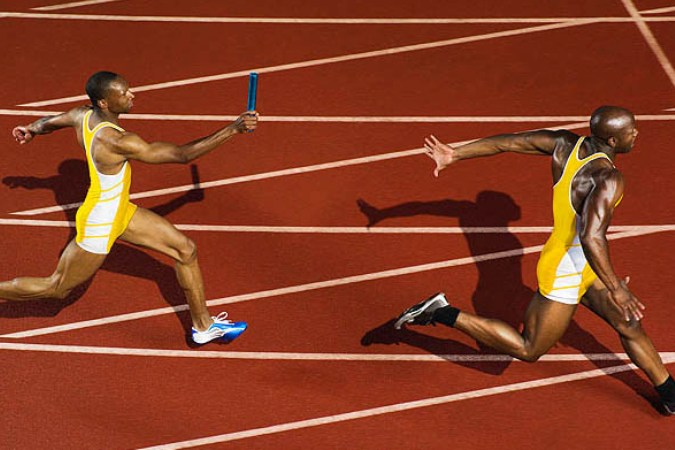 Panasonic is now building three new production lines on top of the existing ten lines at Tesla’s Gigafactory in Nevada for a combined capacity of 35-gigawatt hours.

“The bottleneck for Model 3 production has been our batteries. They just want us to make as many as possible.”

According to Tesla CEO Deepak Ahuja, in Q3-18 the total battery capacity of all electric vehicles made around the world was about 20 or 19 GWh, nearly the same or a bit lower than Tesla.

Tesla is effectively building half of the world’s lithium-ion batteries and that leads us to a big problem. How and when will competition catch up?

Tesla built just 80,142 Model S/3/X in the third quarter and if Tesla’s battery packs accounted for nearly half the world’s (electric car battery) production, how long will it take for a single competitor to match Tesla’s production.

Tesla killers may be at the arrival gate. But they need to first go through battery production hell before declaring themselves a formidable Tesla rival.

Porsche Taycan is expected to offer 310 miles range but the car “isn’t set for its reveal until the later stages of 2019, followed by its UK launch sometime in 2020″.

“Audi’s first standalone electric model gets 249 miles of range on the WLTP test cycle – identical to the EQC but behind the I-Pace, which manages 292 miles. Powertrain director Siegfried Pint told Autocar.co.uk that the E-Tron’s homologation was ongoing and the range will be nearer 280 miles.”

But the good news for Audi e-tron is that it carries a 95 kWh battery which should offer enough range to get closer to Tesla. The bad news is, sales numbers are going to be limited by battery production and deliveries are set to begin only in mid-2019.

Tesla is the only automaker with cars that offer 310 miles range in a single charge. No other automaker comes even close. Unless this status quo changes, it will be tough to compete with Tesla on an even scale. What adds more pain to the competition is Tesla batteries degrade at a very slow rate.

The rate at which battery degrades will remain one of the biggest concerns for any electric car buyer. Tesla batteries lose just 10 percent of their power after 160,000 miles, according to data collected by European Tesla owners group. Projections show that most Tesla vehicles will retain 90% capacity after 185,000 miles and 80% capacity after 500, 000 miles.

When batteries remain the most expensive part of an electric car, battery degradation numbers are going to play a huge role in the long-term value of the car. You cannot be a Tesla killer without offering comparable degradation levels.

Does this mean competition is waging a losing battle?

What this means is – Tesla has a huge lead, it starts with their battery pack and gets extended by their production capacity.

The impending launch of electric cars from Mercedes Benz, Audi, Porsche is a great sign that competition is finally waking up from its slumber.

GM has already positioned Chevrolet Bolt to compete with Tesla Model 3 standard battery version while Nissan is gearing up to meet the double challenge with its 2019 Nissan Leaf. Competition is in the process of getting their electric car lineup ready, now they need to figure out how they can scale battery production.

Production ramps take time, no matter how deep your pocket is. Companies like GM and Nissan are better prepared to meet those challenges, while other car makers have a huge learning curve to go through.