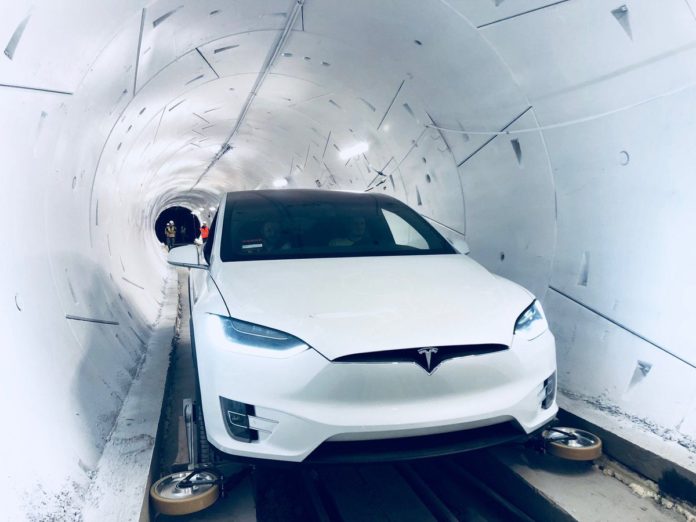 Elon Musk’s The Boring Company has come up with a novel way to have cars – only Tesla EVs for now – travel through their tunnels. The tunnel in Hawthorne was the location of a new type of Model X unveiling – a car installed with what Tesla calls tracking wheels.

To boot, Tesla is planning on making the tracking wheels an aftermarket product for about $200 to $300. But not all cars will be able to take the ride. They must have basic autonomous capability (acceleration and braking), and they must maintain a speed of around 150 mph. Oh, and did I mention they need to be electric?

The new idea replaces the old one of electric pods and skates to move people and things up and down a tunnel, and it looks very practical.

Musk’s company has also built the test tunnel at a cost of $10 million, only a fraction of the $1 billion it normally costs per mile of tunnel. The Boring Company’s tunnel is 1.14 miles long. More cost savings are in the works, and the dirt taken out of the tunnel can be made into blocks like cinderblocks, which can be used for construction purposes.