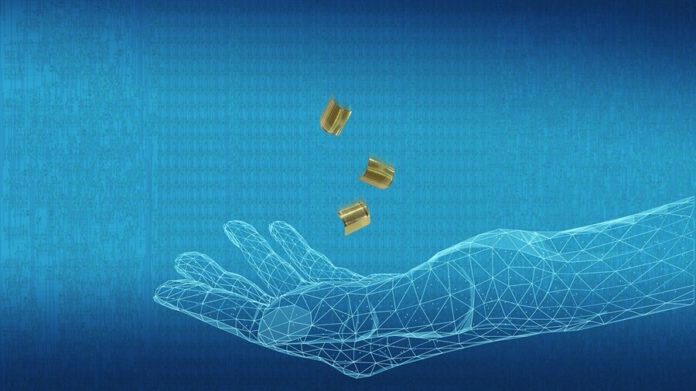 If you think microchips are outdated just wait until the circuits can be printed on plastic, paper, and cloth, and that too at a nominal price. That’s what chip designer Arm promises, with the company launching a new type of plastic chip this week called PlasticARM.

This isn’t the first flexible chip we’ve seen, but it’s extremely complex. PlasticARM contains a 32-bit Cortex-M0 CPU (the cheapest and lightest core in the Arm’s Cortex-M family), as well as 456 ROM bytes and 128 bytes of RAM. Containing more than 18,000 logic gates, Arm claims that its plastic chip will be at least 12 times larger than the traditional plastic chip.

The chip is designed in collaboration with flexible electronics manufacturer PragmatIC, and as the company’s designers explain in a paper published in Nature, it does not have the same functionality as silicon-based designs. For instance, it has the ability to perform only three test programs installed in its circuits at the time of execution, although Arm researchers say they are working on future versions that will allow new code to be installed making it versatile.

What makes PlasticARM so special is its use of flexible components, in this case, metal-oxide thin-film transistors or TFTs. These can be printed on curved and flexible surfaces without degradation, unlike processors based on silicon-based materials. This makes it easier to print processors on things like plastic and paper.

What the Future Holds

As Arm researchers explain in their paper, this will allow microchips to be placed on all types of applications that may seem wasteful today. For instance, you may have printed chips on all milk bottles. Arm says this will create a “new internet for everything,” with chips embedded “over billions of inanimate objects over the next few decades.”

Plastic-based chips have major drawbacks, and will certainly not replace silicon processors in the short term. They simply do not work well with the energy, size, and performance of objects. On the other hand, PlasticARM uses 21 milliwatts of energy, for example, but 99 percent of that is actually wasted, with only 1 percent available for calculation. The chip is also comparatively bigger in size, with an area of approximately ​​59.2 square millimeters. That’s around 1,500 times the size of a silicon-based Cortex M0-based processor.