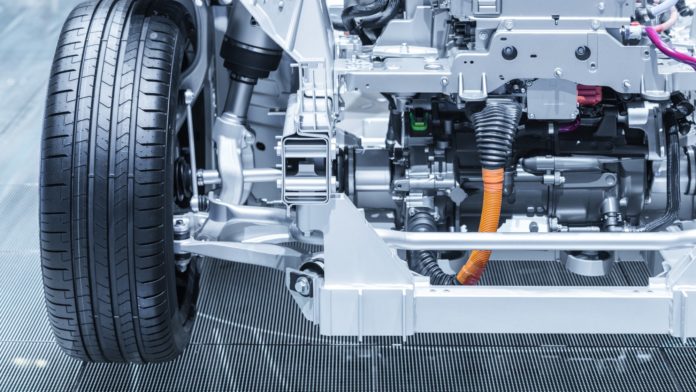 Cobalt, Nickel, Manganese, Graphite, and Silicon are the primary components used in EV batteries. The electric vehicle (EV) revolution is accelerating, with countries such as the United Kingdom and France imposing timelines for the phase-out of gasoline and diesel-powered automobiles. While electric vehicles are the apparent replacement, EV batteries have always been prohibitively expensive and inefficient. Until recently, electric vehicles struggled to drive more than 200 miles on a single charge, and the lengthy charging period makes long travels a nightmare. Now all of that is going to change.

What is the reason for the change? A breakthrough in the materials used in rechargeable electric vehicle batteries will boost their efficiency, enabling longer ranges and shorter charging periods.

At the moment, all five of the principal battery types used in electric vehicles are lithium-ion (Li-ion)-based:

Although LCO batteries are primarily utilized in portable electronic devices such as smartphones and tablets, they can also be employed in smaller electric vehicles. It is a relatively inert and harmless substance.

The primary disadvantage is that they include considerable amounts of cobalt, an expensive metal with source issues. As a result, it is rarely employed in commercial electric vehicles.

NMC batteries are perhaps the most often utilized type in EVs. They have stable chemistry and are reasonably inexpensive compounds that include only a trace amount of cobalt. They work admirably, delivering a high energy density and charging more quickly than other batteries.

NCA batteries were the first commercial attempt to replace the prohibitively expensive cobalt in Li-ion batteries with nickel. They perform well, create a high amount of energy, and are quite inexpensive to produce. They have been extensively employed in portable devices and electric vehicles, while NMC batteries have supplanted them in recent years.

The most secure of all are Li-ion batteries, with an extremely stable chemical composition. Additionally, these batteries have a high energy density, which make it excellent for usage in bigger electric vehicles such as vans, buses, and trucks.

Due to its reasonable energy performance and inexpensive material cost, LMO batteries were among the first to be employed in early EVs. The disadvantage is that the cells are not as durable as those found in other battery types, resulting in a relatively short life cycle.

This article will examine some of the critical materials utilized to fabricate the various components of the most efficient and cost-effective batteries, such as NMC, and the reasons for their selection.

The electrolyte is a critical component of any battery, acting as a catalyst to boost conductivity during charging and discharging by assisting in the transport of ions from the cathode to the anode. Electrolytes can be liquid, such as sulphuric acid (H2SO4) or soluble salts, or solid, such as polycarbonate.

At the moment, all EV batteries are liquid-state, but solid-state batteries offer numerous advantages, including reduced size and weight, increased capacity, and lower manufacturing costs. Toyota recently stated its intention to release an electric vehicle using a solid-state battery by 2020.

The majority of EV battery electrolytes are lithium-ion based, which means they use lithium to conduct electricity between electrodes. While the mechanism is similar to that of a mobile phone battery, an EV battery typically uses 10,000 times the amount of lithium. As a result, the price of lithium has risen in lockstep with rising demand.

Materials for the Cathode

Cobalt was the first material to be used in Li-ion battery cathodes and has been utilized extensively in recent years. Due to cobalt’s compact compound molecular structure, it is perfect for maintaining a quick electron flow across the battery.

However, cobalt is becoming increasingly scarce due to abuse in the lithium-ion battery industry, which consumes 55% of world cobalt supplies. It is produced as a byproduct of copper and nickel mining and is extremely difficult to recover. Another issue is that cobalt is not easily recycled, requiring extensive refinement before it can be used again, making them prohibitively expensive.

As the cathode accounts for around 24% of the total cost of a Li-ion battery, less priced alternatives to cobalt have gained popularity in recent years.

Due to the increased endurance of nickel, it is required to manufacture EV battery cathodes. Nickel sulfate is utilized in the cathode and can be manufactured using either class 1 (premium) or class 2 nickel. Although class 2 nickel is less expensive as raw material, it must be dissolved and purified before being used in the cathode, which is a costly procedure. As a result, class 1 nickel is the preferred material.

Battery producers are eager to increase their use of nickel since it is significantly less expensive than cobalt. It is frequently used with trace amounts of cobalt to generate more economical cathodes. Thus, between 2018 and 2025, demand for class 1 nickel is predicted to expand at a 30% annual rate, potentially reaching 570 kT, or roughly 10 times the current demand. According to these projections, several recycling companies are showing interest in nickel recycling from old batteries to help satisfy demand.

Manganese with high purity and grade is frequently utilized to make the cathodes of NMC batteries. Additionally, it is occasionally utilized in the form of Electrolytic Manganese Dioxide (EMD), which is generated by dissolving manganese dioxide (MnO2) in sulphuric acid and passing a current between two electrodes.

Manganese dioxide dissolves in the liquid to form sulfate, which is subsequently deposited on the anode’s surface. The material is extracted and combined with a trace amount of cobalt to form the cathode in lithium-ion batteries.

Graphite is the most often utilized material for the anodes of electric vehicle batteries. For an average-sized battery, 25kg of high purity graphite is required, and for large batteries, such as those used in the Tesla Model S, up to 54kg is required.

Manufacturing graphite anodes is a time-consuming and expensive procedure. It entails synthesizing graphite from calcined or cleaned petroleum coke (a by-product of oil refineries), a thin, gravelly substance bonded together with coal tar pitch. To maximize lithium-ion absorption, the anode must be made of high-quality graphite with a highly crystalline structure.

The mixture is then baked to create pure carbon, which has almost negligible conductivity. Following that, a process known as “graphitization” or magnetic induction begins, during which a low-voltage, high-current direct current charge is supplied through the furnace. Finally, wax or resin is added as a moisture barrier to the anode in liquid-state batteries to prevent it from degrading.

Silicon as an anode material has a variety of advantages over graphite, including lower material and manufacturing costs. Additionally, it can absorb and contain a far greater amount of lithium ions than graphite when charged. This boosts the battery’s efficiency, allowing EVs to go further on a single charge. Silicon anodes are still in research, but they are expected to be commercially available by 2020.

The Future of Battery Materials for Electric Vehicles

Numerous materials critical to the manufacture of EV batteries are in low supply. In tandem with the growing number of electric vehicles being created, the batteries that power them are undergoing fast innovation. The industry’s aims include developing materials that are inexpensive to produce as well as increasing battery efficiency, durability, and weight reduction.

For instance, silicon and graphene are potential candidates to replace graphite as the anode material of choice. Utilizing these materials will extend the range of cars on a single charge.