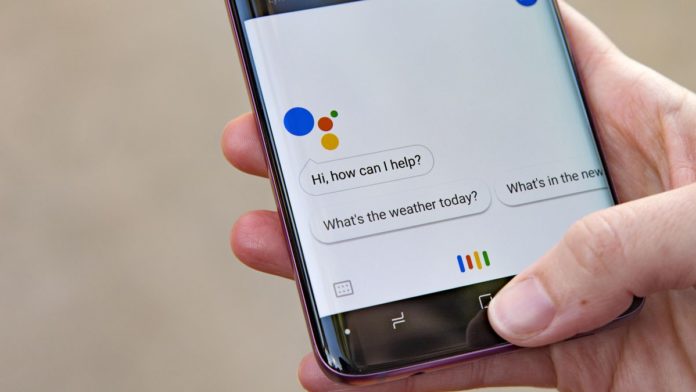 Google Assistant is Google’s answer to Alexa and Siri. It has come a long way since its 2016 launch and is now the most powerful and active assistant available.

Google has embedded Assistant in a wide range of gadgets, from fridges and headphones to speakers and cars, through collaborations with other companies.

Here’s everything you need to know about Google’s AI.

What Is the Purpose of Google Assistant?

Google Assistant is the company’s voice-activated assistant. When Google Assistant was launched, it was supposed to be a personal extension of Google Now, expanding on Google’s existing “OK Google” voice capabilities.

Initially, Google Now intelligently gathered pertinent information for you. It knew where you worked, your meetings and travel plans, the sports teams you supported, and what piqued your interest to give you relevant information.

Google Now has been decommissioned for some time, but Assistant occupies the same space, combining these personalized aspects with a broad range of voice control. Google Assistant accepts both text and voice input and will continue the discussion regardless of which technique you use.

What Functions Does Google Assistant Have?

Google Assistant includes spoken commands, voice searches, and voice-activated device control, allowing you to conduct a wide range of tasks by saying “OK Google” or “Hey Google.” Its purpose is to enhance the conversation. Google Assistant will be able to: Manage your devices and smart home

Utilize data from your calendars and other personal records.

Online information is available for anything from restaurant reservations to directions, weather, and news.

Take control of your music

Utilize your Chromecast or another compatible device to see the content.

Utilize timers and reminders to assist you.

Launch applications on your phone

Continued Conversation eliminates the need to utter “Hey Google” in response to follow-up requests. Rather than that, once you begin communicating with Google, it continuously waits for a response without the requirement for a trigger phrase. Google can also recognize distinct speech profiles for different persons, allowing it to determine who is speaking and personalize responses accordingly. Additionally, you can request numerous items concurrently.

Because Google Assistant is familiar with you and understands the context, it will react intelligently or intelligently. This is critical because it offers voice control significantly greater power and takes it beyond simply responding to certain phrases or commands. It is not intended to be merely reactive.

There are other features, including the option to check-in for your flight (depending on the airline and location), book lodging with some partners, and an Interpreter Mode for Google Nest devices and smart displays. With it, you may request assistance from Google Assistant in conducting a conversation in dozens of languages. Simply say “Hey Google, be my Spanish interpreter” to activate Interpreter Mode and receive real-time spoken and textual translation (on Smart Displays) to assist with the conversation.

Google Assistant, which is included in Google Nest devices, is at the heart of smart home control. It’s compatible with a wide variety of devices, allowing you to use your voice to control heating, lighting, and a variety of other functions.

Google Assistant was initially available only on Google Pixel smartphones and Google Home but has since expanded to almost all modern Android devices, including Wear OS devices, Android TV, and Nvidia Shield, as well as any car that supports Android Auto and other devices such as Nest cameras and the Lenovo Smart Clock.

While Google Assistant is built into Google Nest (previously Google Home) smart speakers, it is also widely available on third-party smart speakers from manufacturers such as Sony, LG, and Panasonic. For example, smart home gadgets such as Philips Hue, Nest products, and Ikea’s Home Smart range can be controlled by Google Assistant, and not simply through Google Nest.

Google Assistant is available on the majority of Android phones, with the AI system included in all recent releases. Even gadgets that use another artificial intelligence system, such as Samsung’s Bixby, include Google Assistant. In essence, if your phone runs Android, it comes equipped with Google Assistant.

If you enable Assistant in your settings, it will answer you even if your Android phone is locked, and you may also choose to receive responses to personal queries.

Google Assistant is also available on iOS devices, however with certain limitations.

On both Android and iOS devices, Google Assistant can assist you in navigating around Google Maps. With your voice, you can share your estimated arrival time with friends and family, respond to texts, play music and podcasts, search for locations along your route, and even add a new stop in Google Maps.

Additionally, Google Assistant can auto-punctuate your message (on Android and iOS devices), as well as read and respond to all of your notifications (Android only).

Assistant is compatible with a wide variety of popular messaging apps and SMS services, including WhatsApp, Messenger, Viber, Telegram, and Android Messages. When you’re driving, Google Assistant may automatically compute your estimated arrival time using Google Maps and email it to friends if you have an Android device.

You can ask Google Nest devices to perform every task that Assistant can perform on Android phones, but going inside the home places a premium on other services and features, such as smart home control, connectivity with Chromecast to stream movies to your TV, and much more.

Google Assistant is also available on Wear OS-based smartwatches. You’ll be able to ask the Assistant to execute a variety of tasks from your watch using the wake phrases, such as turning down the thermostat or responding to a message.

Additionally, Android TV supports Google Assistant on a variety of devices. Sony, for example, offers Android TV on a variety of its models. However, there is another level to this: Sony TVs are not only Android TV-compatible, but also Google Nest and Amazon Alexa-compatible, which means you can manage your TV and lights by speaking to your speaker.

Google Assistant is also supported by set-top boxes such as the Nvidia Shield TV, and the list of major media and entertainment devices that support Assistant is continually growing, including Samsung televisions and DISH’s Hopper series of receivers. With built-in Google Assistant, you can control the TV with your voice by turning it on, changing the volume and channels, and switching between inputs.

Many wireless headphones, like the Bose QuietComfort 35 II and Google’s Pixel Buds, as well as devices from Harman, JBL, and Sony, support Google Assistant as well.

With this type of connectivity, you may contact the AI assistant without opening your phone – typically, you simply press a button to initiate a conversation with Google Assistant.

The race to be everywhere in your home is on, with Google’s Nest Hub, Nest Hub second generation, and Nest Hub Max offering an alternative to the Echo Show.

For example, the Anker Roav Bolt and JBL Link Drive plug into any car’s cigarette lighter, allowing you to connect your phone to your car’s stereo via Bluetooth or AUX. After connecting the accessories, you may utilize Assistant hands-free, complete with hotword support.

Devices and Equipment for the Smart Home

There is a comprehensive list of Google Assistant partners here, however, here are some notable compatible devices:

These gadgets are controllable via Google Assistant, which means you can turn on and off lights and switches. You can adjust the thermostat or receive an alert when your cleaning is complete or a washing cycle is complete.

Google Assistant is also compatible with IFTTT, allowing for the creation of bespoke recipes. As previously said, you do not need to speak to Google Home to communicate; you can simply utilize Assistant on your phone.

What Is Google Assistant Connect, and How Does It Work?

Google Assistant Connect is a framework that device manufacturers can utilize to more simply and affordably integrate the Google Assistant into their devices. For customers, this means that a variety of smart devices will be available shortly.

For instance, Google stated that a partner may design an e-ink display that displays the weather or your schedule and use Assistant Connect to transmit content from your connected smart speaker.

Google Assistant will take care of so-called “higher-order computing” tasks such as keeping track of appointments and checking for updates.

How Can You Determine Whether Your Phone Includes Google Assistant?

To determine whether your phone is equipped with Google Assistant, either speak “OK Google” or press and hold the home button. That is where the Assistant begins; from there, you can type or talk and the Assistant will answer. Typically, throughout the Android setup process, you will be prompted to configure Assistant.