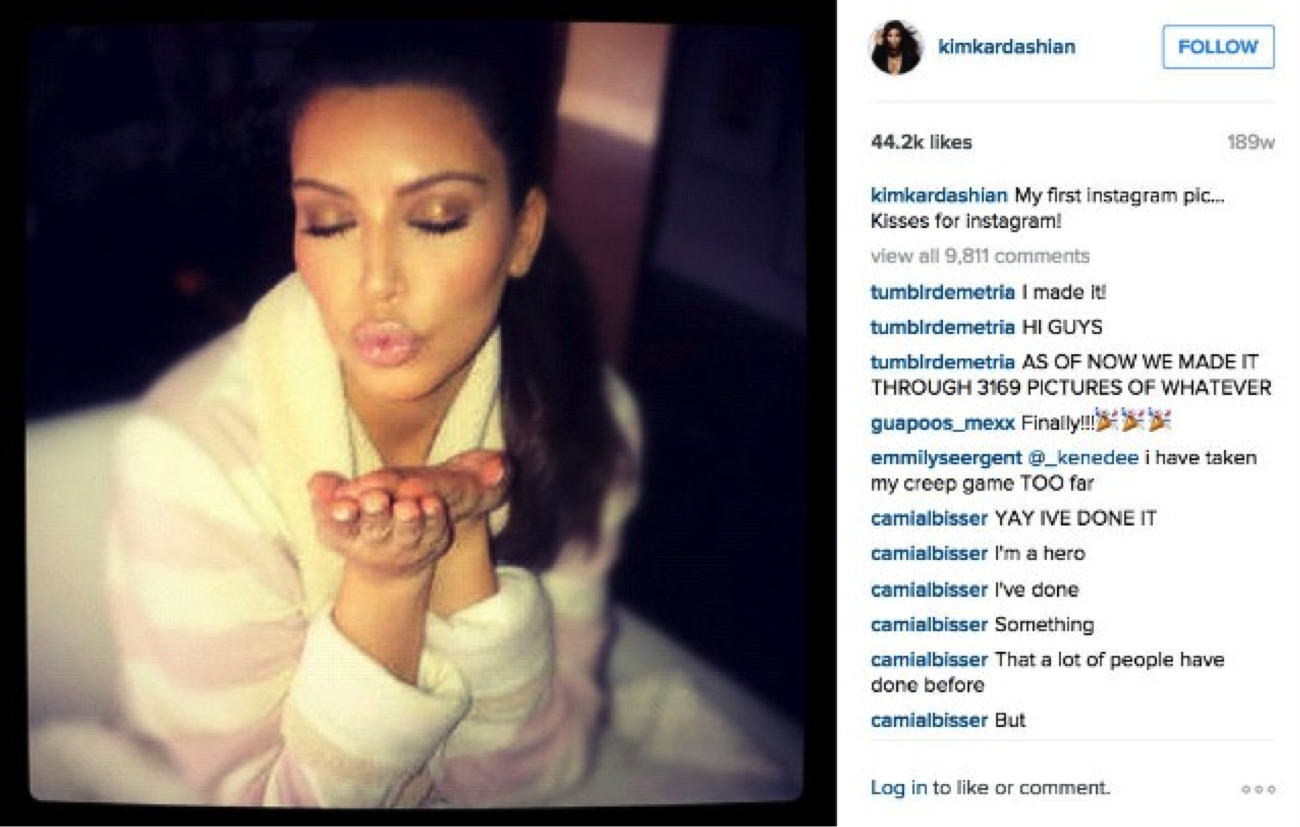 The Organized Cyberspace Crimes Unit of the Iranian Revolutionary Guards has accused Facebook’s Instagram of working with Kim Kardashian-West to corrupt Iranian women. The report is making headline news in the Muslim world and a spokesman for the OCCU is quoted as saying, ‘”There is no doubt that financial support is involved as well. We are taking this very seriously.”

According to British tabloid reports, an ongoing effort has been going on for several months in Iran designed to crack down on Instagram posts which authorities there consider “un-Islamic.” And now Ms. Kardashian-West, who has erupted on the world scene over the past several years as being an unstoppable pop and culture icon in the entertainment industry, is now charged with a “complicated ploy” designed to corrupt the lifestyle of the Islamic republic.

According to an article published this week on the website IranWire, operated by Iranian citizen journalists, the OCCU thinks that Ms. Kardashian-West has been working on behalf of the CEO of Instagram, Kevin Systrom, to “target young people and women with photos of a provocative nature that depict a lifestyle that is in conflict with Islam.”

Mostafa Alizadeh, a spokesman for the OCCU, is quoted as saying on a Sunday night Iranian news program that the aim of Mr. Systrom is to try and make fashion modeling more native to the country of Iran and that Ms. Kardashian-West is apparently attempting to implement this scheme for him.

“They are targeting young people and women,” according to Alizadeh. “Foreigners are behind it because it is targeting families. These schemes originate from around the Persian Gulf and England. When you draw the operational graph, you will see that it is a foreign operation.”

While the concept of Ms. Kardashian-West being a “secret agent” may be considered laughable in the West, the effort is quite serious in Iran. “Operation Spider II” is now in effect by the Iranian government designed to crack down on any Instagram posts that Iranian authorities consider “un-Islamic”. According to the BBC, the OCCU has been monitoring around 300 Instagram web profiles and a number of modeling agencies, hair salons and photo studios in Iran with eight people already having been arrested.

So far, there have been no comments from Instagram or Ms. Kardashian-West about the accusations.