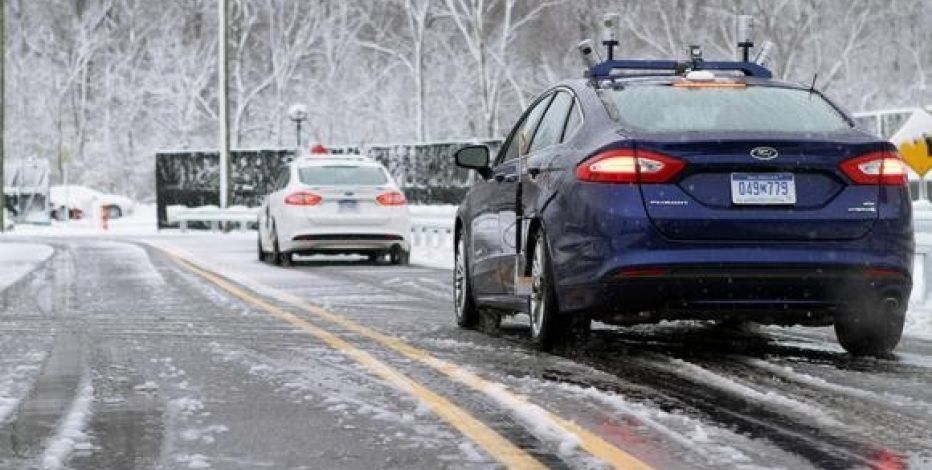 Not many people have heard of Civil Maps, but now that they’ve got Ford Motor Co. as their newest investors, Civil Maps is literally on the map.

Raising $6.6 million from multiple investors including Modus Ventures, which led the funding, Civil Maps also bagged Cloud Ventures as an investor. The company is owned by Jerry Yang, co-founder of Yahoo! Inc. Neither Ford nor any other source has revealed the extent of their investment, but Ford has the most to gain from it. In January, the company announced that it had the largest fleet of hybrid vehicles in the market with autonomous capabilities.

Around the same time, Ford also announced that it is snow-testing fully autonomous vehicles at two facilities in Michigan. The company claimed that a car’s ability to drive in any weather is the true test of autonomous capability. Most companies only test their technologies in relatively clement weather, but Ford is stepping it up a few notches to make sure that the 70% of Americans that live in cold weather areas get the benefit of self-driving technology – something no other company is doing at the moment.

Take iconic electric vehicle maker Tesla, for example: their autopilot technology is currently limited to highways, and the driver needs to be present at the wheel to take over on a moment’s notice. Even Tesla’s advanced technology is only a semi-autonomous system. True autonomous technology is yet to come to the market, and several companies are investing in the tech, including Google, Apple and other deep-pocketed technology companies.

Ford’s commitment to self-driven vehicles may sound antithetic when you consider that they are far behind companies like Tesla, Nissan and even General Motors in the race for electric vehicle dominance, but the company is firmly on track to developing the world’s first fully autonomous automobile. Naturally, such a technology could take years to be certified safe enough to be made available for the general public, but the need for advanced technology is definitely there. Even Mobileye, the company that’s behind Tesla’s Model S and Model X autopilot feature, says that it will complete the semi-autonomous phase only in 2018.

On a similar note, IBM’s Ollie is happily driving around the city of National Harbor in Maryland. Guided by IBM Watson, Ollie is made by Local Motors, a Maryland operator that makes the 12-passenger vehicle completely out of 3D printed parts. However, Ollie’s trips are monitored in real-time by a live operator even though Ollie can pretty much handle anything thrown at it on the roads of National Harbor. That safety feature puts people at ease, naturally, and gives Ollie the freedom to roam the streets of the city without a driver.

Fully autonomous cars have captured the imagination of many, but they’re still several years away from becoming a reality on the roads of today’s congested cities and super-fast highways. The company that gets there first will obviously offer their technology to anyone who wants it – at a premium, of course. For now, we’ll have to live with semi-autonomous driving as the only widely available form of what we really want.

Did Tesla just kill the Hybrid?