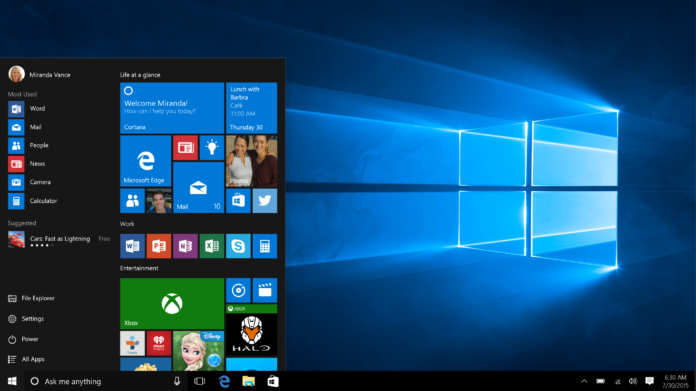 Earlier this week Microsoft confirmed that it would begin offering Windows 10 to enterprise customers at a monthly subscription fee of $7. The offer is currently unavailable for individual consumers who are either on or eligible for the free upgrade.

Microsoft has continually spoken about Windows 10 as being “the last Windows”. From a user perspective, that doesn’t necessarily mean there won’t be another version. Continued updates will keep rolling out as features are added, and there will definitely be a point when the Windows 10 name will no longer be relevant. Who knows, they may well end up calling it Windows Forever or simply Windows.

The key takeaway point here is that Microsoft is pushing everything to the cloud and making it available “-as-a-Service” for a monthly or annual fee. Office 365 went that way and so did Azure, so Windows 10 is just joining an already-famous family of cloud-based service offerings.

The idea of making it available to enterprise customers first makes sense. With the acquisition of LinkedIn and the recently announced deal with Facebook for the latter’s employees to use Office 365, there’s no doubt that Microsoft is trying to penetrate the enterprise market in a big way from every possible angle.

Despite doubts about the subscription offering being opened up to individuals, it is inevitable that they will need to do this within a year of the free upgrade deadline passing – and that deadline is just a couple of weeks away, July 29.

Why? Because not everyone will be willing to pay $119 for Windows 10 Home and $199 for Windows 10 Pro when their time expires. Microsoft will necessarily have to offer a monthly option on the service if they don’t want people to roll back to Windows 8 or Windows 7. The only reason Windows 10 usage is so widespread right now is because users don’t have to pay anything immediately. But when it’s time to pull out their wallets, you can bet that they’re going to closely scrutinize the value of paying a hundred or two hundred bucks for the OS.

For now, we can expect the $7 enterprise version to do exceedingly well since Microsoft has an aggressive sales team and a foot in the door at most of the top global companies on the strength of Office 365 and Azure.