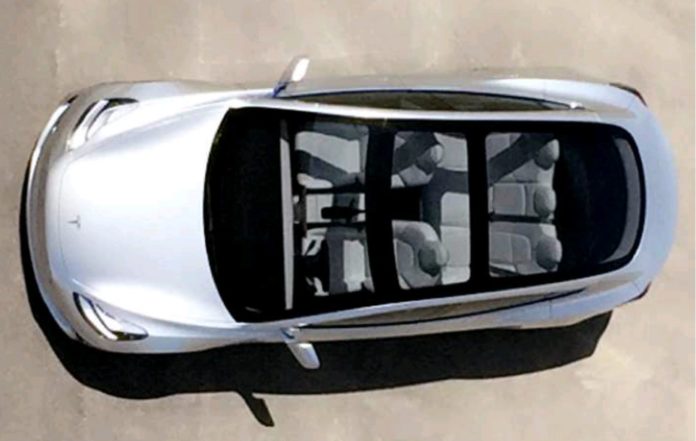 We now also know that the upcoming Model 3 is likely to feature Tesla Glass, but what’s uncertain at this point is how it will be used, what technologies it will incorporate and the big question of whether or not it will supplement the car’s power needs with solar energy.

Though no one is talking about it, solar power can easily be integrated into Tesla’s electric vehicles. Will that happen?

No one knows at this point. But if it does, it will allow future Tesla models to either a) have extended range capabilities, or b) supply some of the internal power requirements of the vehicle.

If they take the first route, then they will need to incorporate solar capability on the Tesla Glass that they will use for the roof panels on the Model 3 and subsequent models. That’s definitely possible because they’re already doing it with solar roofs.

There are still a lot of questions about the technology because very little was revealed by Musk at the event last week.


For example, we don’t know the power conversion rate, or how much power it will actually be able to deliver to the battery unit. The current peak efficiency of modern solar panels is around 21.5%, but the actual power conversion will depend on various factors such as geography, average sunlight hours per day, seasonality and so on.

A 1 meter-square solar panel, for example, produces about 200 watts under test conditions. Even if a Model 3’s panoramic roof could match that, it may not be sufficient to increase the single-charge range of a Tesla by a significant amount.

Over the course of a day, however, a single solar panel can produce as much as 1 kilowatt of energy depending on how much sunlight it receives.

Still, even if it can power one single component on the Model 3, it will be worth the effort. Tesla Motors is not exactly a company that worries about practicality. It’s innovation and clean energy they’re after, so even if a solar-capable glass roof on the Model 3 can provide a small boost in power capability, they may well go for it.


We know that Musk has already confirmed the use of Tesla Glass in their automobiles, and the Model 3 is still several months away from delivery. That may give them the time they need to develop a solar roofing solution for the new electric vehicle.

But for now, we’ll have to wait and see.