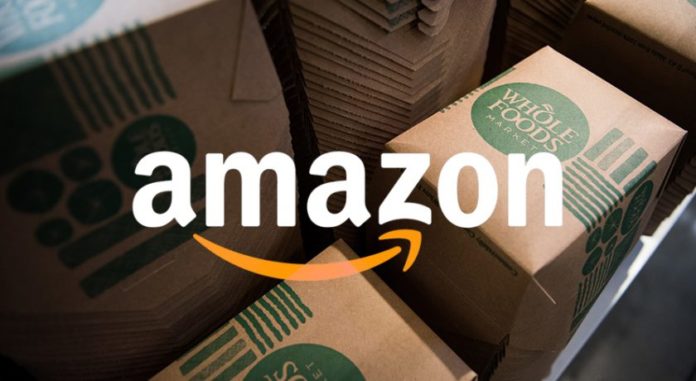 When Amazon announced its intent to buy Whole Foods Market earlier this month, it sent waves across the retail industry. That’s understandable, because Amazon is an e-commerce force to be reckoned with, and entering the brick and mortar retail space meant even tougher competition in the retail market. Interestingly, Microsoft was pulled into the fray because of Microsoft Azure and Office 365, both of which are used by Whole Foods.

Most analysts contended that Microsoft would be losing business to Amazon Web Services, should the acquisition go through later this year. Our stand at 1redDrop was that it wouldn’t happen any time in the near future, considering the fact that Amazon had other priorities high on its list before getting to the issue of their subsidiary using a rival company’s cloud computing infrastructure and SaaS services.

More recently, another article caught my eye. It was published on InvestorPlace, and it basically stated that Microsoft would actually benefit from the Amazon – Whole Foods acquisition because the deal would dilute Amazon’s focus on AWS. Here are the relevant parts of that article:

“Yet I think there are some longer-term consequences. In fact, it seems one of the big winners is actually Microsoft Corporation.

How so? Well, let’s face it, AMZN will need to devote substantial resources to the deal, which means less attention to its AWS (Amazon Web Services) business.”

“It’s also important to note that the company will inevitably need to deal with complex integration challenges. AMZN has little experience running a brick-and-mortar chain that has over 490 locations. Whole Foods will also bring 91,000 employees. AMZN, on the other hand, already has 341,000.

But the acquisition will not be the only complication. AMZN is investing heavily in a broad array of categories like movie production, Kindle devices, an apparel fashion line and even a delivery service to supplant FedEx Corporation and United Parcel Service, Inc.

How Does This Affect Microsoft?

So given all this, the holders of MSFT stock should be encouraged (by comparison, the company has a headcount of 121,000). Management will have more bandwidth and resources to laser-focus on the cloud opportunity.”

Essentially, what the author, Tom Taulli, is saying is that Amazon is going to have its hands busy figuring out how to work Whole Foods, and Microsoft is going to swoop in and steal the cloud show. Or something along those lines.

There are several flaws in that argument.

First of all, acquisitions have happened on both sides, and sizable ones at that. As a result of that and other factors, Microsoft has its own share of distractions: LinkedIn integrations with Dynamics 365, Windows 10 adoption rates in the Enterprise segment, a growing Surface business, Xbox One X sales and the biggest one of all – the attempt to re-enter the harshly competitive smartphone/mobile market.

But that hasn’t stopped Microsoft from matching cloud revenues with Amazon Web Services over the past year. In fact, Microsoft aggressive focus on Office 365 growth has been a key reason for that to happen, since AWS is still the king of cloud infrastructure.

Second, the assumption that “AMZN will need to devote substantial resources to the deal, which means less attention to its AWS (Amazon Web Services) business” is simply not true. AWS operates as a completely different unit from Amazon Retail – a company within a company, with its own objectives and targets, and its own CEO, for that matter. These are not resources that are shared with the parent company; they are AWS, and purely focused on growing their own revenues.

Any argument along those lines also neglects the fact that Whole Foods has 91,000 employees included in the deal, and Amazon is not going to be stupid enough to simply waltz in and shake things up. They’re going to play it very carefully, as they should, not allocating any resources that would be redundant at Whole Foods unless there’s a considerable return on the effort.

Third (and this is something I don’t understand), how does Amazon being distracted (even if that were true) have anything to do with Microsoft having “more bandwidth and resources to laser-focus on the cloud opportunity”?

How does Microsoft get ‘more bandwidth’ because of a deal between two retail companies? How does Amazon’s potential acquisition automatically give Microsoft’s cloud division ‘laser-focus’?

As such, we don’t feel that Microsoft will gain any sort of advantage from Amazon concluding the deal with Whole Foods.

Yes, there will be fallout effects in the long run, like Microsoft Azure possibly losing a client when AWS is ready to migrate Whole Foods to its own ecosystem. But that’s not going to happen for quite a while, is our opinion. Migrating cloud providers is not an overnight job. What’s more, Amazon doesn’t have a robust equivalent of Office 365 to offer Whole Foods an in-house replacement. All they have are the building blocks of a unified communication and collaboration suite.

Microsoft is already laser-focused on its own cloud division, which is why Microsoft Azure has been growing at near-triple-digit rates over the past several quarters, and Office 365 is already the top SaaS product in the world.

I don’t think Microsoft needs this sort of advantage, and I definitely don’t think Amazon is going to give up such a critical one to its most important rival in the cloud computing industry.