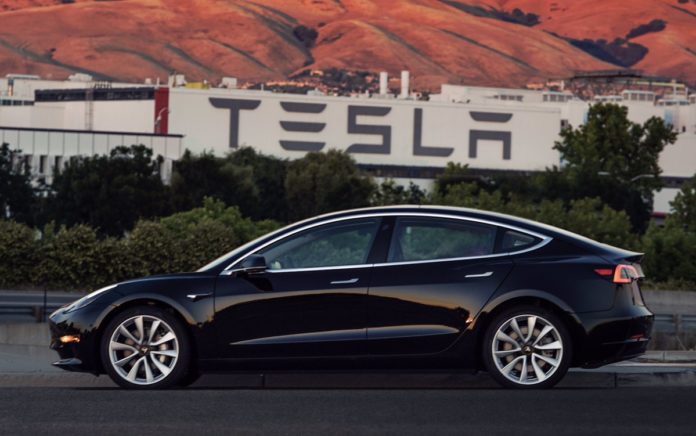 Tesla Motors is serious about the Model 3. How do we know that? Because the company has flown in no less than six planeloads full of robots and other equipment from across the pond in an effort to speed up battery production for the Model 3.

To offer a little bit of background, Model 3 reservations crossed 400,000 at one point, and then cancellations sobered that number down to the 300,000s. Still, there appears to be little to no waning of interest among buyers waiting for their first drive in their brand new electric vehicle from Tesla Motors.

But why fly in the equipment when shipping it by sea is so much more cost-effective? The only reason is that Musk is sparing no cost to crush whatever bottlenecks and hurdles are currently in the way of normal Model 3 production. Recent news showed that the company is very close to its 5000 cars a week delivery target, but it seems that a serious ramp-up is now in the works. This is validated by a company note that says it will meet that target in June without any additional production lines.

The real story is that the key to the Model 3’s success is mass production, and unless they can reach the production levels of traditional fuel combustion cars in a hurry, it’s not going to be a viable proposition. That’s why Musk is putting everything he has into getting the job done.

On the sidelines, German engineers from Grohmann, Tesla’s overseas engineering wing, is tweaking the Reno production line for batteries in order to remove existing bottlenecks. It’s not fully automated yet, but that’s the ultimate goal.

A Dollop of Opinion from 1redDrop Editors

The odd thing (well, not so odd when you think about it) here is that much of the media and most Tesla detractors tend to highlight what’s going wrong with Model 3 production. At 1redDrop, we’re focusing on what’s going right. This is a monumental task undertaken by Tesla and Musk – to create a viable mass-produced EV at a cost comparable to a mid-level ICE vehicle. That’s not a task to shrug your shoulder at. It is meant to upend the 100-year-old automobile industry, and that’s a tall order.