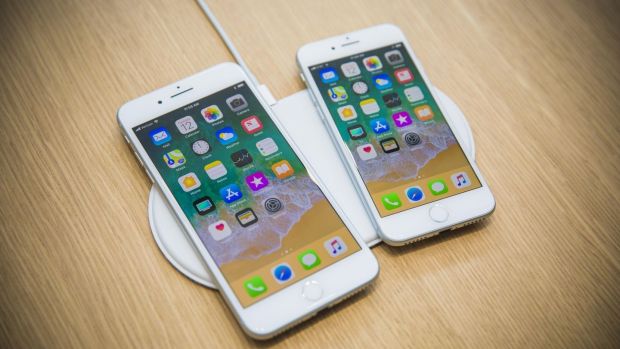 Apple iPhone is among the most desired smartphones on the market. The Cupertino company announces new iPhone models every year in an attempt to attract new customers out there. Last year, Apple debuted three new iPhone models, including iPhone 8, iPhone 8 Plus, and iPhone X to celebrate the 10th birthday of its mighty iPhone.

Apple’s new iPhone models are never cheap out there. The current iPhone costs $999, making it the most expensive iPhone model ever released to the market. Buying an iPhone X outright will burn a serious hole in your wallet. With that in mind, Apple has its own iPhone Upgrade Program.

As the name suggests, the program allows iPhone owners to upgrade to a new iPhone. This comes in handy for those who are planning to get a new iPhone every year. Normally, the program requires you to head over to a local retail store. However, things have changed.

Apple is making everything much easier. Indeed, the Cupertino firm teams up with T-Mobile, one of the biggest networks in the US, to allow users to enroll in the program online. This means that every T-Mobile subscriber can join Apple’s iPhone Upgrade Program online without visiting a retail store.

Other big network operators like Verizon, AT&T, or Sprint are also allowing their subscribers to participate in Apple’s iPhone Upgrade Program online. This serves as a perfect way for those who are planning to upgrade to a new iPhone this year. According to sources, Apple is expanding this approach to more carriers in the US and the UK in the coming months.

Apple is expected to announce three new iPhone models, one of which includes a 6.1 inch iPhone model. The device will belong to the mid-range segment, so Apple may remove some features to keep the price in check.

Last year, Apple offered pre-approvals for all users who planned on upgrading to new iPhone models. Sources say that customers of all carriers will be able to join Apple’s iPhone Upgrade Program next year. Apple’s move aims to bring its iPhone models closer to users worldwide.

Carriers will offer contract payment plans for all Apple iPhone models this year. If you choose to go for a plan, then you can grab a new iPhone at an affordable price. Falling for a payment plan, your phone is locked to a single network, which means that you cannot switch to a different network provider.

With a locked phone, you cannot use it while you are traveling overseas unless you are willing to pay roaming charges. Sources say that this year’s iPhone models will come with an in-display fingerprint scanner. In reality, Apple has been working on a fingerprint scanner that works under the display for months. However, Apple gave up on the plan to integrate it into its iPhone models.

According to the latest reports, Apple’s 6.1 inch iPhone model will be pushed to October this year. Last year, Apple pushed the release of the iPhone X until November due to supply issues.