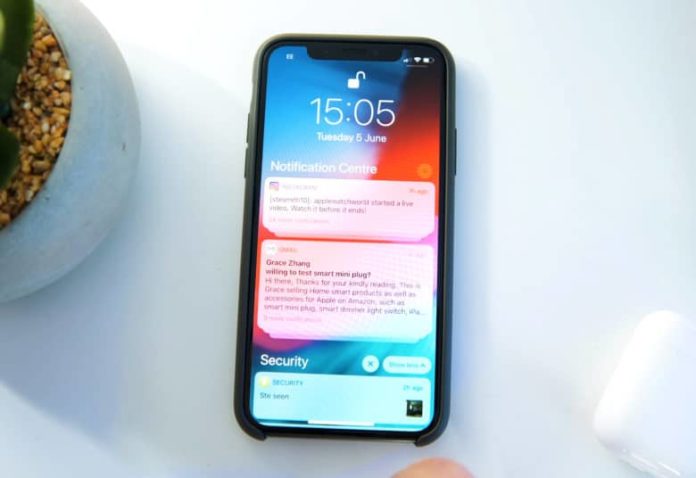 Apple iOS 12 is finally here following months of beta testing. Apple’s new operating system is not a significant upgrade over its predecessors. However, Apple crams tons of new things into its new version of the operating system ranging from Screen Time and grouped notifications to new animoji and Siri shortcuts.

Last week, Apple confirmed that the company removed the Group FaceTime feature from the final build of iOS 12. The Cupertino company promises to release the feature in upcoming updates. Group FaceTime is one of the biggest additions to Apple iOS, as it allows up to 32 people to participate in a conversation. iOS 12 will highlight the person who is speaking during the conversation.

It remains unknown when Group FaceTime calling feature makes its way back into Apple’s iOS. Sources say that Apple needs more time to work on the feature and to make sure nothing goes wrong. According to reports, the Group FaceTime feature will be available in the upcoming iOS 12 software updates.

iOS 12 brings in a slew of improvements while retaining what we have loved about iOS 11 and iOS 10. However, Apple removed some of iOS 11 features and services from the public release of iOS 12.

In the section below, we have gathered the cool features and apps Apple killed in iOS 12. For some background, Apple has begun rolling out iOS 12 to users worldwide. Apple’s new version of OS supports a wide range of Apple devices, ranging from older iPhones to newest iPhone XS and iPhone XS Max.

Bitmoji is a great app your iPhone and iPad, allowing you to create expressive cartoon avatars. One of the best things when it comes to Bitmoji lies in its wide range of stickers and characters. Bitmoji works perfectly with various messaging apps like iMessage, Snapchat, and WhatsApp.

In iOS 12, Apple has revamped Animoji, adding new emoji characters and polishing up the user interface. The addition of Animoji puts an end to the Bitmoji app. In reality, you still can download the app from the App Store, but users are shifting their focus to Animoji as it is built directly into Apple’s iOS. This comes in handy as it eliminates the need for a third-party app to be installed on your device.

Moment is one of the best iOS apps out there. As the name suggests, the app lets you see how much time you are using your phone and tablet every day. Besides, the app also tracks what apps you are using the most as well as allows you to set time limits for each app on your device.

However, Apple iOS now has Screen Time, a handy feature that offers more advanced features. One such feature lies in the ability to see how much time you have spent on specific apps and services. With Screen Time, you even can see how many times you have picked up your phone.

In iOS 12, Apple added App Limits and Downtime to Screen Time. Basically, App Limits allows you to set specific time limits for your favorite apps. The Downtime lets you create a schedule for when you are away from your device.

Workflow was once one of the best apps for your iPhone and iPad. The Cupertino firm acquired Workflow last year and turned it into a useful tool that helps you complete your tasks quickly.

In iOS 12, Shortcuts replaces Workflow and offers a similar experience with major improvements like access to Apple’s HomeKit and better integration with iOS apps. The Shortcuts app includes a built-in Automations that help you improve Siri.

However, in iOS 12, Apple Photos gets a huge improvement. From now on, you can create your own collections and share them with your friends. Besides, the search feature now includes support for multiple terms.

Bitmoji, Moment, and Google Photos are among the best apps for iPhone and iPad. However, Apple has replaced them with their own apps in iOS 12. Make sure you check them out.