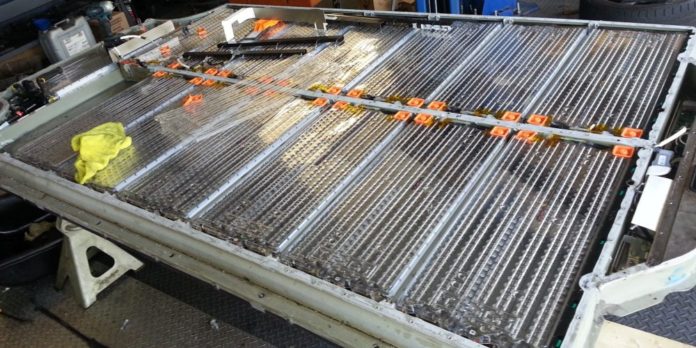 To offer some background on Tesla in China, the EV maker has stated via a tweet from Elon Musk that the batteries for cars that it makes in Gigafactory 3 in Shanghai will have packs and modules made in that factory. Cell production, however, is to be sourced locally.

The issue for Panasonic is that it will only be one of many suppliers to Tesla, if that. Tesla owns the IP behind the cell design, so it’s only a matter of transferring that expertise to another battery maker, a local one.

While this is bad news for Panasonic, it’s not that great for Tesla, either. Right now, the IP behind their high-density 2170 Li-ion cells is a closely guarded secret known only to people presumably working under very stringent non-disclosure agreements. If it gets into the hands of the Chinese government through one of the local manufacturers, Tesla will no longer have the edge it does over all other EV makers in terms of EV range and power.

How likely is an IP leak?

For starters, we’re talking about China, where duplicate merchandise of every kind abounds. Numerous U.S. and other foreign companies have been struggling with IP infringements and copyright violations, with little to show for it in the form of decisive wins against alleged violators. The country’s pride in online retail, Alibaba, is also plagued with spurious goods sporting major brands names – or variations thereof.

As such, the concept of intellectual property is hardly sacrosanct in a market like China. Against such a backdrop, is Tesla taking a huge risk by getting help from so many local sources? Taking favors usually means they’ll come back to claim their pound of flesh at some point.

What if China decides at some future point in time that a 100% U.S.-owned Tesla China is no longer good for its market? It certainly has the power to put enough pressure on Tesla to give up its IP once the company is already deep into its commitment with Gigafactory 3.

What if Panasonic never makes it to China’s battery supplier “white list” and Tesla is forced to share its IP with local battery makers – probably a guaranteed way to have that IP leaked to the Chinese government? Will China still treat Tesla as a special case or would it rather have a Chinese rival EV maker dominate the local market?

Elon Musk is no fool. He’s very likely to have a backup plan for China in case things go awry. But how far is he willing to go to ensure that his company retains the IP advantage for high energy density Li-ion battery packs? It’s a massive risk, so he’s bound to have thought it through from innumerable angles, applying every scenario he can think of. He wouldn’t have made the decision to move into China lightly.

Now let’s flip things around and assume that Musk’s master plan is to share Tesla EV battery IP with the Chinese government after all. It’s not a far-fetched scenario to envisage if the two entities arrive at an agreement to jointly dominate the EV battery market. The only problem is, that’s not how Musk operates. If he releases his IP, he’ll release it to everyone. Advantage No One.

As it stands, we believe a major development is in the works in China that nobody knows about except for the inner circle at Tesla as well as the Chinese government. Is that why Panasonic was not included in China’s battery supplier white list when it was updated in May, while Lithium battery rivals LG Chem and Samsung SDI were?

That being said, we reserve the right to be wrong. However, all evidence points to the fact that Tesla’s EV battery IP is not going to remain exclusive for long. We leave you with what Musk said way back in 2014:

“Technology leadership is not defined by patents, which history has repeatedly shown to be small protection indeed against a determined competitor, but rather by the ability of a company to attract and motivate the world’s most talented engineers. We believe that applying the open source philosophy to our patents will strengthen rather than diminish Tesla’s position in this regard.”