One of the biggest advantages of sitting pretty on a cash pile of $105 billion is that you can pretty much spend it on what you like. The bigger the spend, however, the returns better be even bigger – and that’s exactly what Microsoft CEO Satya Nadella and the board are betting on as they announced their deal to acquire LinkedIn for $196 per share in an all-cash transaction.

The $26.2 billion agreement to buy the world’s largest professional network platform puts the Windows maker at a strategic advantage over key competitors in the business productivity space. Though LinkedIn has largely been flying under the popularity radar compared to superstars like Facebook and even Twitter, it is by no means a slouch when it comes to boasting of big numbers on user base growth. From a paltry total of 37 million users at the start of 2009 it has engorged more than tenfold, to its current size of 433 million as of Q1 this year. 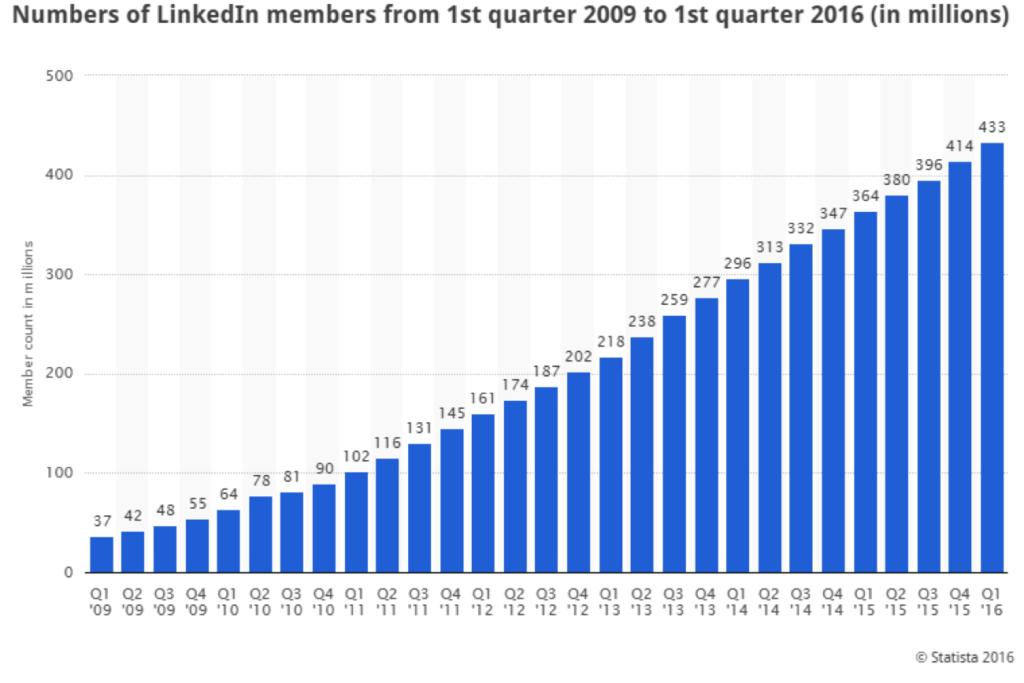 LinkedIn earned $2.99 billion in revenues in 2015, while registering a loss of $166 million. But Microsoft is not really after the income aspect of the network. They have their eye on the tremendous leverage that Office 365 (their productivity suite) and Dynamics (their Customer Relationship Management – CRM – system on the cloud) can take advantage of.

Office 365 is currently Microsoft’s star performer and has already dislodged Google Apps, Box and Salesforce.com to take the number one spot in the business productivity space. The new acquisition will give them a tremendous runway to further cement their domination of the SaaS space.

This proposed marriage of the world’s top performing office suite and the world’s largest professional network promises some very lucrative synergies for the Redmond giant.

In an email addressed to Microsoft’s employees, Satya Nadella wrote:

“Jeff and I both believe we have a significant opportunity to accelerate LinkedIn’s growth and the value it brings to its members with Microsoft’s assets and scale. In fact, when Reid Hoffman, the founder of LinkedIn, and I spoke about the opportunity for us to come together, he called it a “re-founding” moment for LinkedIn and an opportunity to reach the mission the company set out on 13 years ago.

The opportunity for Office 365 and Dynamics is just as profound. Over the past decade we have moved Office from a set of productivity tools to a cloud service across any platform and device. This deal is the next step forward for Office 365 and Dynamics as they connect to the world’s largest and most valuable professional network. In essence, we can reinvent ways to make professionals more productive while at the same time reinventing selling, marketing and talent management business processes. I can’t wait to see what our teams dream up when we can begin working together once the deal closes, which we expect will happen this calendar year.”

When you think about it, the move effectively pushes one major problem clean out of the way for Microsoft. Their current productivity offerings include Windows, Skype for Business, Office 365, OneDrive and Outlook. What they were lacking was a social network channel to drive their agenda into the world of business – and LinkedIn is that perfect missing link that will get the job done.

It might be too early to make assumptions about what synergies will blossom from this relationship, but the intent is clear: to gain direct access to and influence over millions of decision-makers from all over the world in the broadest market segment possible.

While Office 365 and Dynamics will certainly get a fillip from the new relationship, it remains to be seen how Microsoft will implement feature integrations, capability enhancements and so on to gain a tremendous edge over the other three top SaaS players combined.

As such, Microsoft may well be creating what is arguably the best possible productivity bundle for businesses all over the world, thereby tipping the global SaaS market overwhelmingly in their favor.