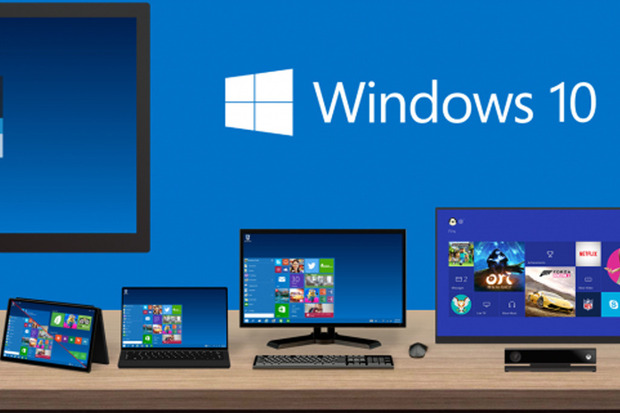 In July this year travel agent Teri Goldstein was awarded $10,000 because Microsoft forced her system to upgrade to Windows 10. This is just one of many incidents where people have complained about forced installations of the latest Windows operating system from the Redmond, WA-headquartered software company.

According to the Telegraph, reports have been flooding in regarding computer breakdowns, peripherals failures and other issues. In the UK, consumer watchdog Which? has urged Microsoft to “honour consumers’ rights” and compensate them for issues like mail accounts not being able to synchronize, web cam failures, WiFi problems, printer breakdowns and a host of other issues.

In the Goldstein case Microsoft claimed that it did nothing wrong but would not file an appeal in order to “cut further expenses should the litigation continue.” Interestingly her case was presented in a small claims court where she was represented not by a lawyer, but by a local retail store employee. Goldstein says her travel agency lost nearly $17,000 because the issue happened over the holiday season last year and they were unable to take care of their clients during the busiest season of the year.

When asked, a spokesman for Microsoft said this:

“The Windows 10 upgrade is designed to help people take advantage of the most secure and productive Windows. Should a customer need help with the upgrade experience, we have numerous options, including free customer support.”

In an attempt to convert at least 1 billion Windows users to Windows 10, Microsoft has been accused of “nagging” users to upgrade to the new OS. Earlier this week they released an update for users of the older Windows 7 and Windows 8.1 versions that would remove the “Get Windows 10” notifications from their systems. We also found that Microsoft hasn’t actually stopped the free upgrade option for Windows 10, and that users of some older versions can still use their existing product keys to install Windows 10 for free.

In an earlier article we published on Sep 1, linked below, we spoke about Microsoft’s possible “strong-arm tactics and subterfuge to get users to adopt Windows 10.”

This is How Microsoft is Enticing Users to Choose Windows 10

And this is what we know so far:

Older versions are still prompting users to upgrade to Windows 10

The free upgrade may still be available if you have the product key for a recent Win 7/8.1 purchase

Microsoft still says they’re doing everything by the book, but paid one person $10,000 for a computer malfunction after a “forced” upgrade

There are still two options to roll back to Win 7 or 8.1 if you aren’t happy with Windows 10

But for those who are thrilled with the Windows 10 operating system and the Windows 10 Anniversary Update, you’re probably wondering what all the commotion is about. The problem with a limited number of users may not mean that Windows 10 is a problematic operating system, but the OS has definitely caused a lot of problems for Microsoft itself.

The company is betting heavily on the success of Windows 10 because it is the first cross-device platform from their OS team, and the success of a lot of related initiatives depends on how well Windows 10 does. So far, however, only 21% of the world’s PC users have opted for Windows 10, but a new report shows that 12% of those who did switch to the new operating system have since rolled back to older versions.

If you’re worried about problems with a business computer or any machine that you heavily depend on, you can downgrade to your older version. Here’s how to do that:

The rollback from Windows 10 to Windows 7 or Windows 8.1 is relatively easy, but since there’s a risk of losing data in the process, it is advised that you back up everything one your system to an external hard drive or a cloud service like OneDrive.

Once you’ve done that, you can get back your older version in minutes. Simply click on the Start Menu and select Settings, after which you will see an option called Recovery. This is what the window should look like when you do that. 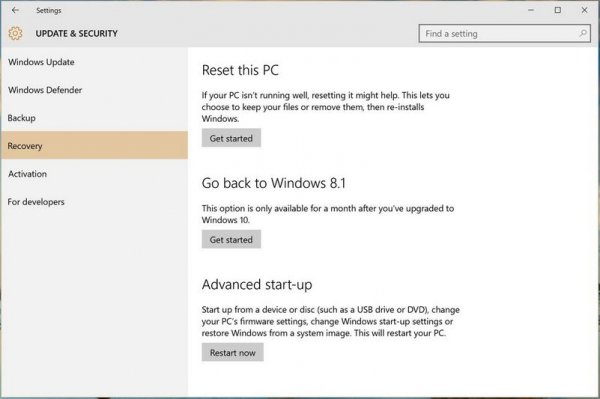 Note that the image shows that the downgrade option is only available for a month after you have upgraded, but even so, a rollback should be possible. It will require a fresh install of the older version so be sure you have the installation file and product key handy. It’s a little more time-consuming to do it this way but if you really hate Windows 10 then you don’t have that many other options.

Don’t worry if you can’t find the CD that came with your older Windows purchase. As long as you have the product key, you can download the installation media from Microsoft’s website HERE. Download it to a disk or USB drive, and then run the installation file and follow the stepwise instructions.

Benefits of a Fresh Install of Windows 7 or Windows 8.1

If you want, you can skip the downgrade and straight away opt for the fresh install. One of the biggest benefits is that it will make your PC much faster. Why? Because over a period of time your system is bound to have collected a bunch of unwanted files called Bloatware, which makes your PC sluggish. You might also have other files such as ransomware or other malware that can considerably slow down your PC and affect normal functionality.

Doing a fresh install will remove all of those files and you should be able to see a noticeable improvement in system speed and performance.

Windows 10 is Microsoft’s biggest hope for the future, but with so many people reporting these many issues, we could be looking at a major bug fix or several smaller ones coming out as a Windows 10 update or a series of them in the coming months.

To be clear, this is not a “failed” operating system like Windows Vista was when it came out in 2007, but neither is it anything like the well-received Windows 7 that came two years later in 2009. These issues are limited to a very small percentage of users, and it shouldn’t be the basis of your decision to choose Windows 10 over older operating systems from Microsoft.

Besides, you have the ability to roll it back to an older version should anything go wrong.

If you’re reading this on Apple News, please favorite the 1RedDrop channel to add us to your news feed, or Like our page on Facebook. Please bookmark our site for more insightful articles on current and future technologies that are changing our lives.