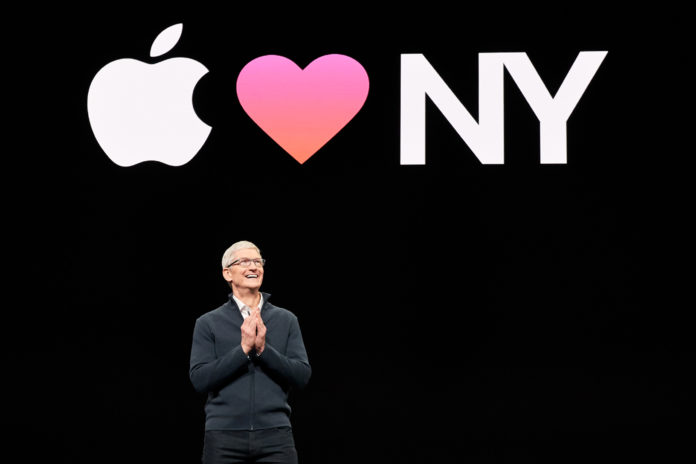 I don’t think Apple will ever make a car. It’s a risky bet for one of the most highly valued companies in the world where investors track metrics in the tenths of percentage points. It’s also where the CEO takes bonus pay cuts for missing targets. Is such a move worth the risk? Probably not, because Apple is yet to prove its expertise in the area of autonomous vehicle technology, and making a car is well out of its reach unless it acquires a car manufacturing company. Nevertheless, of the droves of people leaving Tesla to join Apple, another new hire stands out of the crowd: Andrew Kim, formerly of Microsoft and most recently a senior designer at Tesla.

The recruitment obviously rekindled rumors of an Apple self-driving car, but Apple CEO Tim Cook’s views of a couple of years ago indicate otherwise.

In January 2017, Cook committed to the self-driving technology game, even calling it “the mother of all AI projects.” With all the news of shutting down its secretive Project Titan division and the company hiring car designers, it might seem natural that such rumors still exist. After all, why hire a car designer if you’re not going to make a car, right?

While a car designer might be used for early design stages in the automobile manufacturing business, it is also a critical role in designing autonomous driving systems, which was Apple’s stated objective. Without a designer, how will Apple know where to place the sensors, how to accommodate the underlying cabling and circuitry, how to best provide driver controls, what level of visibility is required in a fully autonomous car, what connectivity aspects are related to the design of the body, and so on? If Apple is designing and testing autonomous vehicle technology, they will certainly need someone with automobile design expertise. And what better company to “poach” from than a market leader in self-driving tech that also has designing and manufacturing expertise?

I believe that’s where Apple is headed with this. At the most, I see them making the hardware and software for an autonomous vehicle system, but not the car itself.

An analogy might help explain why it’s a bad idea for Apple to start making cars. Look at the crop of automakers today that are stumbling over each other to catch up with Tesla on the electric vehicle front. Things were very different even as recently as five years ago, when top auto executives were publicly criticizing Tesla and its CEO Elon Musk for their crazy notions about EVs taking over the world. Most of them ended up eating their words and actually praising Musk’s team at Tesla for the work they’ve done in that time.

What’s happening now? Companies like Volkswagen, Jaguar Land Rover, BMW, Audi, General Motors and Ford are committing billions of dollars towards their own EV agendas. But have they succeeded in even coming up with a worthy rival to Tesla’s impressive line-up of EV sedans and crossover SUVs? Hardly. One look at the Jaguar iPace’s numbers or the Audi E-tron Quattro’s specs and you’ll see who’s having the last laugh.

Meanwhile, Tesla is tearing it up with production and delivery ramps, and is on the verge of executing a global master expansion plan. It has created new markets for EVs and is now taking its pounds of flesh from all the top car makers, Japanese, German and American alike.

Now, back to Apple. If the company did, indeed, have plans to launch an Apple car, it would necessarily have to be an electric vehicle. Any internal combustion vehicle they do make will be obsolete in the next couple of decades, if not sooner. That goes against the grain of Apple trying to nurture new and sustainable streams of revenue. And Apple does not have the technology to make a car to beat Tesla, which is now the global benchmark. It has money to pump into such a project, for sure, but getting there ahead of the BMWs and Volkswagens of the world is out of the question.

Cook is trying to look to a future that is not as dependent on iPhone revenues as it is today. The company has ridden that wave long enough, even allowing the tide to take it to the top of the pile as the most valuable company in the world. That tide might now be poised to recede, and Apple needs something to be relevant over the next several decades.

That’s Tim Cook’s job, and he’s done a brilliant job of it during his tenure as CEO. But the job isn’t over yet. Apple Services is now contributing an increasingly larger piece of the revenue pie, but the company needs more, and faster. A fully capable autonomous vehicle system – Apple branded – would be the key, not a self-driving car.