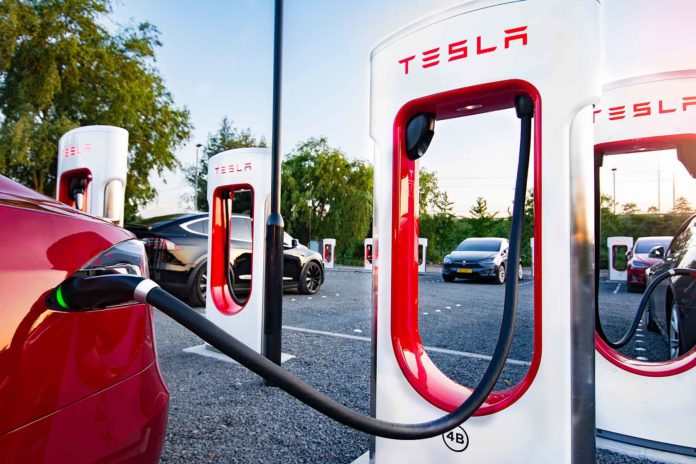 When most automakers are still planning and making announcements about building charging networks, Tesla continues to forge ahead with its global supercharger network.

CEO Elon Musk announced today that, Tesla’s “Supercharger coverage will extend to 100% of Europe next year. From Ireland to Kiev, from Norway to Turkey.”

Tesla’s supercharger network has grown at an alarming speed in the last two years, from just 5,000 at the end of December 2016 to the current 11,583 superchargers.

Building supercharging stations is a massive undertaking. According to UBS analysts, each supercharger station may cost around $250,000. If their estimates are correct Tesla has already spent more than 350 million to build its supercharger network.

On November 20th, Tesla CEO Elon Musk said that supercharger capacity will be double by the end of 2019 and be within a range of 95% to 100% of the population in all active markets.

If Tesla wants to double its current supercharger capacity then it will set the company back by more than $350 million but will increase the penetration of the supercharging network in a massive way.

Automakers took a really long time to understand the importance of the supercharger network and only now they are taking effort to address the gap in their electrification plans.

He said, ” In our customer surveys, Leaf owners report the highest levels of satisfaction. We’ve sold more than 200,000 units. The problem is that sales are below what we thought we could achieve. The reasons are becoming clear. People complain about the recharging infrastructure and the range.”

Why the recent announcement is massive step forward for Tesla

According to a March 2017 report from UBS, Tesla may have to invest ~$1.9bn to ~$7.5bn in the United States if the company wants to “achieve similar coverage to gas stations”.

“Analyst Colin Langan said geospatial imaging of the United States suggests Tesla will have to add about 30,000 new chargers to compete with the network of gas stations across the country, at an estimated cost of $250,000 per station.”

By analyst Colin Langan’s words, Tesla needs about 30,000 chargers to build a network that can compete with the current gas station network in the United States.

But the report was published when Tesla had 2,636 Superchargers at 373 locations across the United States, Canada, and Mexico, which was a little bit more than half of Tesla’s global supercharger capacity at the time.

If we assume half of Tesla’s current superchargers to be in the United States, the company should now have nearly 6,000 superchargers or nearly 700 supercharging stations in its home country.

Doubling that will take the count to 12,000 superchargers. That’s 40% of UBS analyst Colin Langan’s target of 30,000 superchargers. If Tesla doubles its supercharger capacity in 2019 and doubles or triples it again in 2020, then Tesla, a single company, will have a network that can compete with the current gas station network in the United States.

>Current estimate of supercharger stations in the US = 693

>Current estimate of superchargers in the US = 5,786

>Investment spread over the next eight quarters = +$90 million

Tesla needs less than a billion dollars and two years time to get close to the gas station network in the United States. The impact of such a network, owned by a single company will be huge and it will allow Tesla to successfully launch its high volume products in the country, the Pickup truck the Model Y.

You cannot fill fuel at your home, but you can charge your car while you are sleeping. Electric cars do not need an number of stations to compete with the gas station network, they only need a penetration level that will allow car owners to have a “no range anxiety” highway trip. Destination chargers also reduce the stress on Tesla’s supercharger network.

A look at the following graph will reveal that Tesla’s supercharging rate is a little higher than the average residential electricity rate per kWh.

One can only hope Tesla will soon stop its on again off again referral program that promise free supercharging.