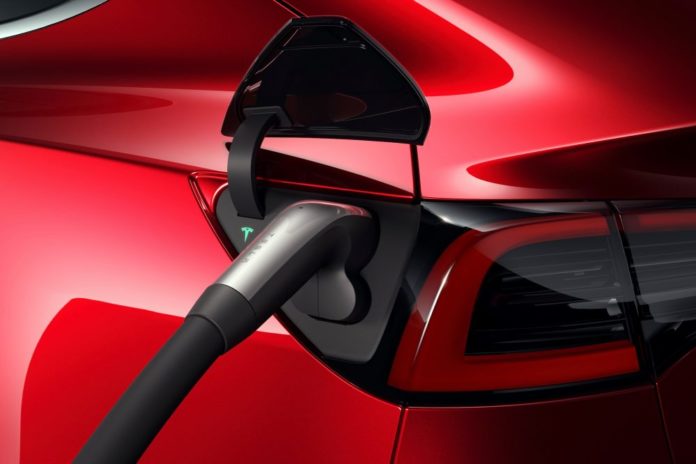 What happens when half of Toyota owners who are leaving the company for another brand, start driving Tesla?

Disruption. One that may not be true in a purely technical sense, but it will certainly collapse the existing theories and assessments about market segments, size etc.

According to Jim Lentz, CEO of Toyota Motor North America. Toyota has an overall defection rate to other brands of about 9 percent, and about half of that is made up of Prius owners going to Tesla.

To make sure, I went to Prius configurator, added as many accessories as possible to the highest priced Prius, the Four Touring edition. Total MSRP = $37,778. That’s nearly $7,000 less than the cheapest Tesla Model 3 (rear wheel drive) without autopilot.

Model 3 is attracting customers from a segment below.

The small and midsize luxury segment in the United States is growing at the cost of lower segments. The US economy is not growing so fast that people have decided to upgrade themselves to the next auto segment.

If that was the case, all luxury segment players would have enjoyed stellar growth rate last year. But that didn’t happen. BMW sales increased by 1.7% in 2018, as Mercedes-Benz watched its sales decline by 5.3%.

What are the Implications:

Customers are paying up and upgrading.

The argument that these upgrades are happening because Telsa Model 3 had a huge reservation backlog makes no sense. Nobody forced these customers to stay on what seemed like an eternity to buy Tesla Model 3. They could have bought any luxury car. In fact, plenty of customers canceled their preorders.

Data from SecondMeasure showed that by April 2018, nearly a quarter of Model 3 reservation holders canceled their preorders.

This implies only one thing. Tesla had a reasonable number of new Model 3 orders coming its way in 2018.

Tesla will clearly have enough data in hand in the form of trade-ins to project its demand against pricing. In the second quarter earnings call, Robin Ren, Tesla’s head of worldwide sales, said: “from January to July, the top five non-Tesla cars people are trading in to get into a Model 3, they are Toyota Prius, BMW 3 Series, Honda Accord, Honda Civic, and Nissan Leaf.”

a) Absorb the tax credit expiry. To achieve that feat, Tesla will have to drop the price of all vehicles by $3,750 till June and cut another $1,875 after June.

b) Expand the model lineup by launching cheaper models

Either option will require Tesla to reduce its current average selling price, which is not a easy task for the company that recently turned profitable and hopes to be sustainably profitable in the future.

Tesla announced in early January that it will reduce the price of all vehicles by $2,000.

It will be a challenge, but Tesla may have to cut further to sustain current demand in the United States and if it wants to increase current demand, it has to keep climbing down the price ladder, 1000 dollars at a time.

International sales will help with margins and overall sales, but that help will only be good for another six to twelve months, or to be more specific, till Tesla clears its reservation backlog and starts delivering cars within weeks of ordering.

Though there are significant challenges ahead of Tesla, most of the challenges can be addressed from within the company.

But the same cannot be said for other automakers. Whatever action they take, it will be countermeasures against Tesla to hold their market share. Toyota Prius has now become a huge example of what will happen if Tesla manages to expand its lineup.

AS former short and current long, Andrew Left said, ” Like a magic trick, while everyone is focused on Elon smoking weed, he is quietly smoking the whole automotive industry.”

Now it is the entry level luxury segment with Model 3