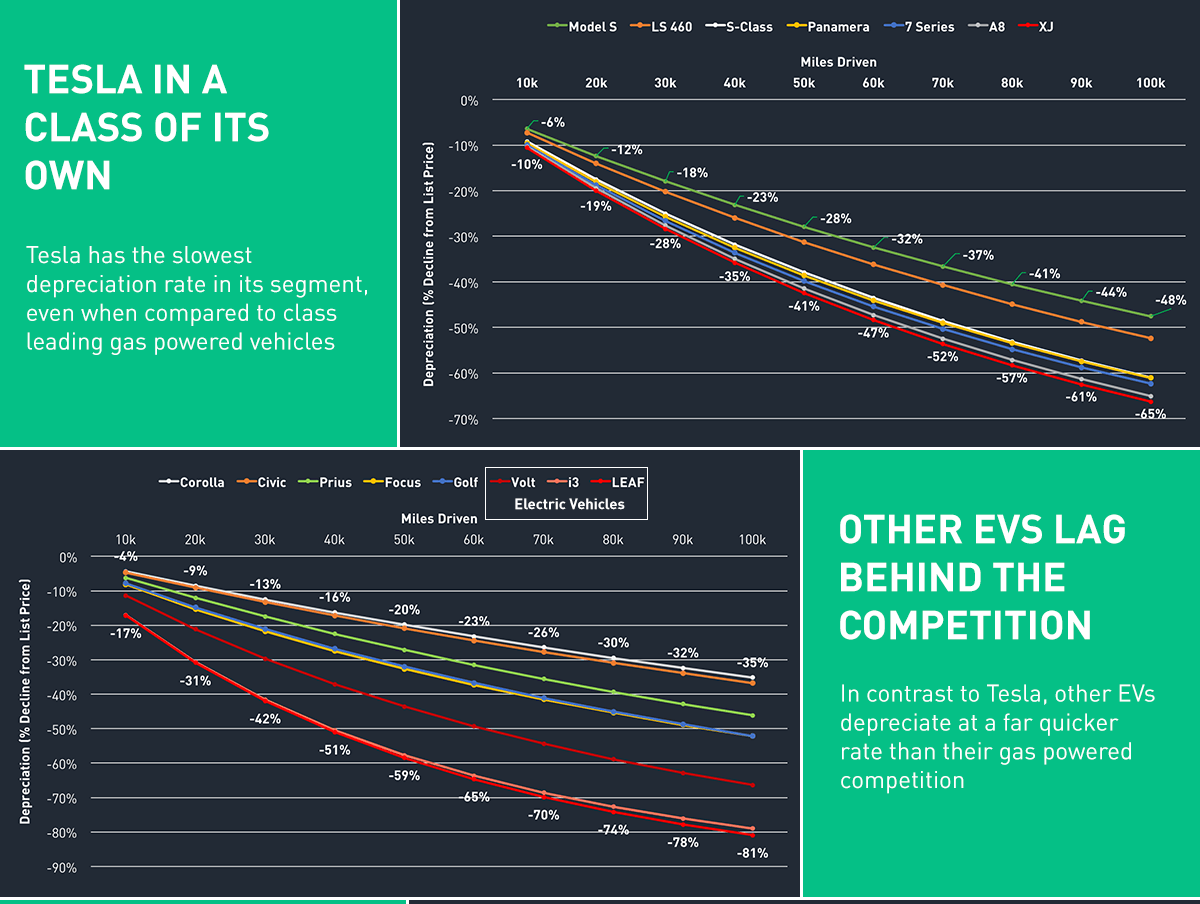 Two studies with two different conclusions. But it’s still way too early to analyse the full impact of Model 3 on used car valuations, including used Tesla.

The one concern I had with Thinknum’s study was the sample was way too small and the timing was way too early to say that its conclusive evidence.

On October 1, 2018, the average price for a used Tesla at CarMax spiked to $87,000. But, if you look at the inventory numbers, you also see that on that very date, Carmax listed only one available Tesla. By November 12, 2018, Carmax had 12 Teslas for sale. The following day, the average price for Teslas dropped to $71,900.

As you can see, Autolist looked at more than 35k listings, while Thinknum used Carmax inventory of 12 units. There is a good chance that both their data and findings are correct for the given sample size.

The problem for us: The User

Which one to believe?

If you have to err on the side of caution always pick the one with a sample size.

Autolist says, despite increased inventory, Model S resale values have been stable since their previous study in August 2016. But I still believe its way too early for these studies to analyze the full impact of Tesla Model 3 in the United States used car market.

Due to continuous improvement to production capacity, Tesla Model 3 delivery timelines have come down to less than two months and some customers are reporting that they have got their Model 3 in days/weeks, instead of months.

Once Tesla exhausts its Model 3 order backlog, delivery timelines will shrink further and that will be the best time to take a more in-depth look at the used car market. H1-2019

As Model 3 availability increases, it will have a direct impact on any used gasoline and electric car that falls in its price range.  B M3 has the latest battery tech, promises 260 to 310 miles range and it’s the cheapest Tesla you can get.

If You Don’t Cannibalize Yourself, Someone Else Will – Steve Jobs